Titans Top Garey In Opening Round of CIF Baseball Playoffs 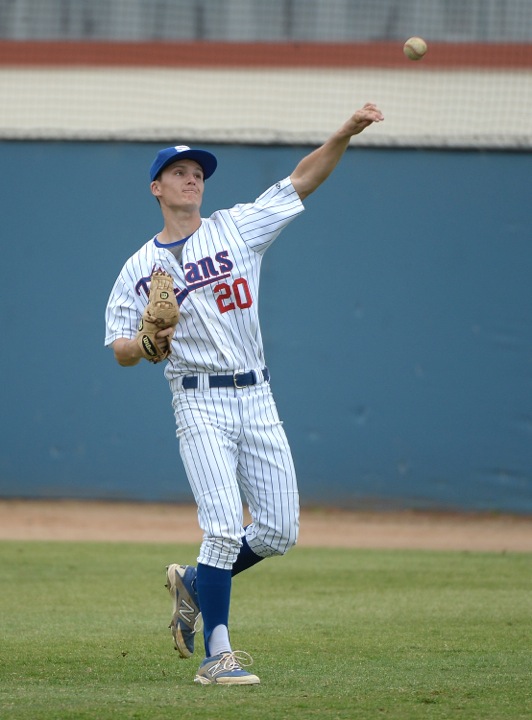 “That was a real tough performance by Miles today,” said head Coach Mack Paciorek. “He did a great job of staying focused. He worked very hard today.”
Glazier added a two-run double in the seventh inning to put the game on ice and – for icing – scored the fourth and final run of the game when he raced home on a sacrifice fly off the bat of Aiden Santino.
Shortstop Bryson Smith opened the game with a triple but the Titans couldn’t find a way to get him the final ninety feet. Cathcer Ben Capouya threw out a Viking runner at second base to end one of the hosts only threats of the game.
Glazier worked through a back injury to get the complete game victory and improve his overall record to The Titans return to McNamee Field on Tuesday, May 26 at 3:15 when Woodcrest Christian – champions of the Ambassador League – come calling for a second-round playoff tilt.
The two teams have a common opponent. San Marino defeated Big Bear, but the same foe was one of only four losses on the Woodcrest docket.

New Principal Looks Ahead With Vision for Valentine Elementary