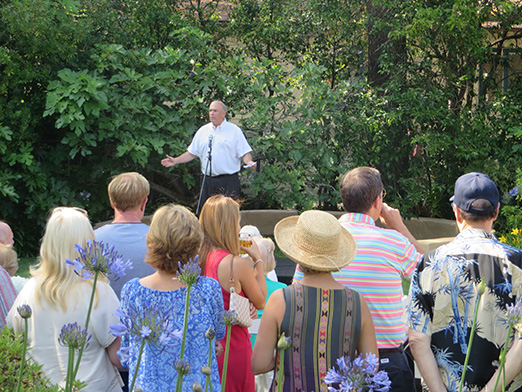 It was apparent that Steve Talt was going through a sentimental epiphany. Back at his boyhood home, having just received an enthusiastic introduction from former San Marino Mayor Rosemary ‘Rary’ Simmons – his late mother’s best friend – and surrounded by almost three hundred friends and family members at his city council kickoff reception. It was no surprise that Talt played the ever-present trump card in his plentiful hand: his sense of humor.

Glancing towards his angelic children – Peyton, Thayer and Glover – seated on the yard to his left, Talt led off his comments with an homage to his triplets.

“They are already tired of me saying ‘you have to behave. I’m running for city council!’” the lifelong San Marino resident and Tribune 2014 Citizen of the Year quipped.