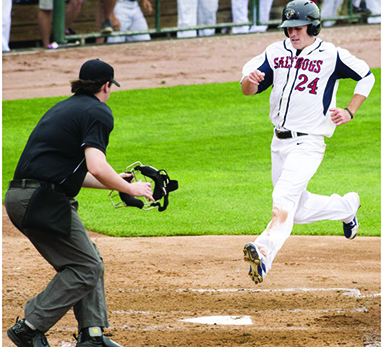 “Cool,” Matt Forgatch says when I tell him I would like to catch up, pun intended, on his baseball career. “I’ll be on a bus most of the day.”

Not sure if “cool” was Matt’s response to us catching up or his being on a bus most of the day, but I’m guessing it goes for both.

Born and raised in Southern California, Forgatch has most become at least a temporary creature of the Midwest. After graduating from San Marino High School in 2007, the son of Lorrie and Greg Forgatch – a three-time all-Rio Hondo League and all-CIF outfielder – moved on to Denison, located near Columbus, Ohio, where for two years he played both football and baseball for the Big Red. A 2008 knee injury ended his football career and kept him off the diamond in 2009, so upon graduation, he was able to take advantage of a fifth year of eligibility without interruption.