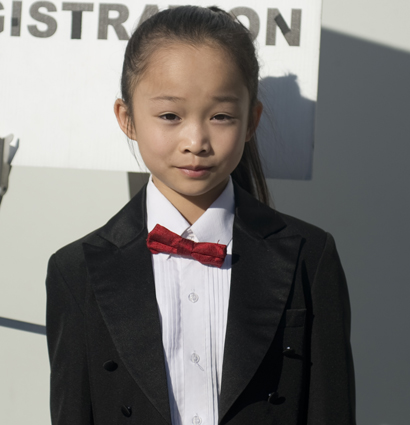 Natalie Leung, a Valentine Elementary incoming fifth-grader and student of Susan Pascale’s Los Angeles Children’s Orchestra (LACO), and her group moved on to the second round of the “America’s Got Talent” audition process on June 9. The four celebrity judges – Howard Stern, Heidi Klum, Mel B and Howie Mandel – gave the group an enthusiastic thumbs up. Mel B jumped out of her seat to applaud them.

Natalie wowed the audience doing splits while playing her violin.

The adventure started in 2014, when AGT approached Pascale because they’d seen the orchestra perform online.

“They entered us into the competition to get on the first show but we didn’t succeed.  A year later, I contacted the same producer and asked for a live audition. I knew we had to impress, so I got the idea to have the kids do choreography while playing.”

For their “America’s Got Talent” performance, the children played the Beatles song “Eleanor Rigby.”