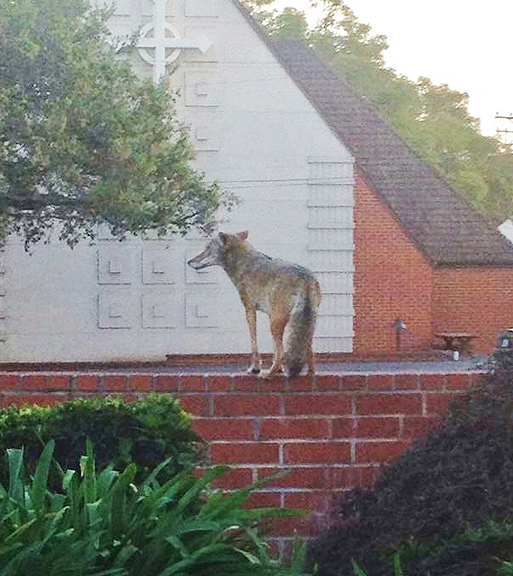 A Canterbury Rd. man watched in horror Thursday morning as a coyote killed the family’s Chihuahua.

Though devastated by the loss, Dewalt Brown was more concerned about the behavior of his neighbors, one of whom allowed their toddler to play in the front yard mostly unattended even as the coyote attack was taking place.

“We have to be more diligent about watching our small children,” said Brown. “It was very sad to lose our dog, but it would be tragic if a human life is taken. These coyotes are a big problem.”
Brown tried in vain to chase the coyote and save the chihuahua.

Two weeks ago, The Tribune published an interview with Johnson Tran of the Pasadena Humane Society, who said coyote sightings are rising sharply. Tran encouraged residents to keep small dogs inside the house or on a short leash and warned that larger dogs are also susceptible to attack “if the coyote feels its territory has been threatened.”