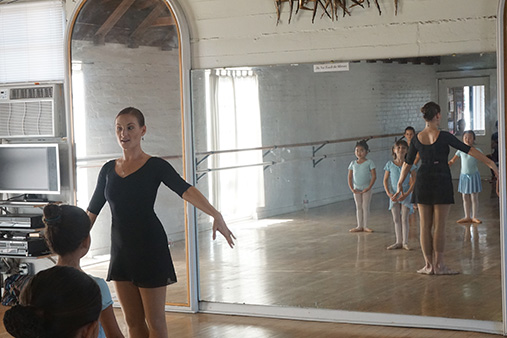 Collenette School of Dancing in San Marino is celebrating its 90th anniversary this season.

Beatrice Collenette, who was a protégé to the Russian ballet legend Anna Pavlova, started the school in 1926. The original location was in Pasadena and the business moved to its San Marino site in 1950.

Emily Bratmon is commemorating her 10th year as owner of the Collenette School of Dancing. She’s also the school’s teacher, choreographer and costume designer.

Bratmon jokes that she was dancing at Collenette School of Dancing since before she was born.

“My mom started dancing there in the 70s,” she said. “She would do shows while she was pregnant with me.”

Bratmon actually began dancing ballet at the school when she was 4 and as she explained, “Never left.” She said her mother Candace Jones Bratmon often tells the story of a comment that the younger Bratmon made when she was 5. “I told her that I was going to own the studio,” Bratmon said.