Nam Jack to Serve Term As Board President 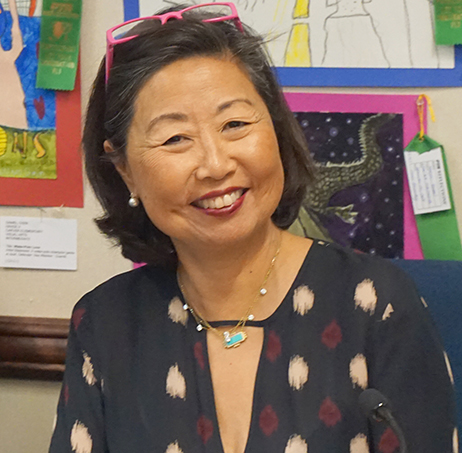 The San Marino Unified School District Governing Board reorganized at Wednesday’s meeting, appointing six-year board member Nam Jack to serve as president for the upcoming year, replacing Lisa Link. This will be Jack’s second stint as president.

Joseph Chang was appointed vice president and Shelley Ryan will serve as clerk.

For Link, Tuesday was an exercise in coming and going. She and Chris Norgaard were sworn in for their new board terms and mere minutes later, Link rescinded the gavel to Jack. Following tradition, Link presented her fellow board members with a gift that carries a message from the preceding year. In this case, the snack ‘Trek Mix.’

“Because it has been a wonderful trek,” said Link.

Link and Norgaard were unopposed at last month’s election, but are required to renew their oath every four years. Wednesday marked the beginning of Link’s second term; Norgaard’s fourth.