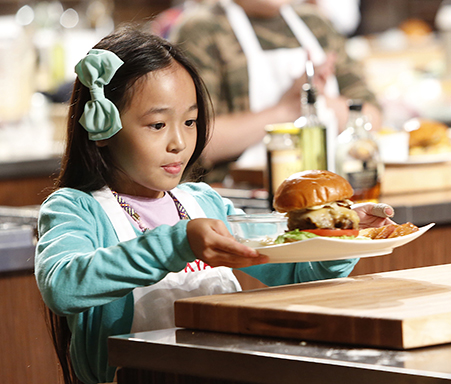 San Marino resident Kya Lau is currently competing against 23 others for the MasterChef Junior Trophy and $100,000. She also happens to be 8 years old and is one of the youngest competitors on MasterChef Junior.

Kya began cooking at the age of three, and according to her bio on Fox, she created her first dish of seared salmon with crushed potatoes and roasted tomatoes at five years old.

“Cooking for me is really fun. It’s a beautiful kind of art,” said the fourth-grader, who attends Valentine Elementary School.

The show, which airs Fridays at 8 p.m. on Fox, allows Kya to work with Gordon Ramsay, whom she has named one of her heroes. It has a variety of challenges for the contestants – including mystery box, elimination, individual and team – each designed to test chefs’ skill, speed and adaptability.