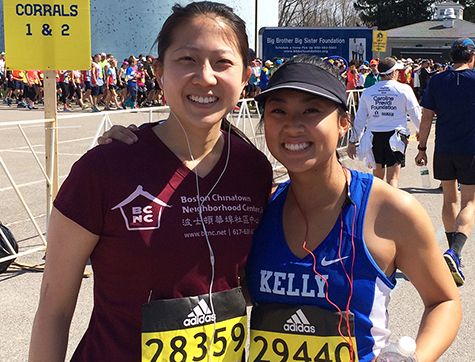 Though featured side-by-side in two Tribune articles, it took a chance meeting for San Marino High School graduates Pamela Hung, left, and Kelly Mar to cross paths at Monday’s running of the Boston Marathon. Pamela and Kelly were reunited in the athletes village at Hopkington as they headed to the starting line.

Kelly’s effort raised money and awareness for the National Spinal Cord Injury Association, Greater Boston Chapter. The cause was near and dear to her heart as a high school friend suffered from paralysis after her car was struck by a drunk driver. Both runners exceeded their donation goals.