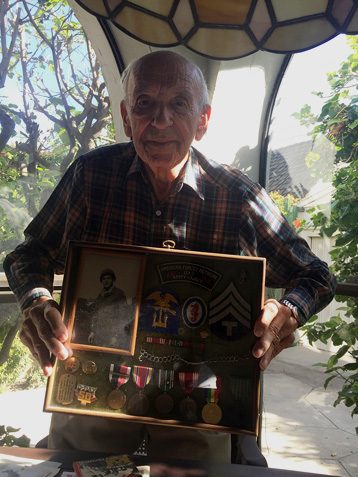 San Marino resident and United States Army veteran Steve Antosy will be the keynote speaker at San Marino’s Memorial Day ceremony, which will be held at the War Memorial in Lacy Park on Monday, May 30 beginning at 9:00 a.m.

Mr. Antosy has an astonishing military history, having participated in the D-Day Invasion of Normandy, the Battle of the Bulge and later covering the Nuremberg War Trials from the courtroom for the Armed Forces Network.

Four academy-bound San Marino High School seniors will also address the community; Olivia Harrigian, United States Air Force Academy and Patrick Crowley, Arthur Wicke and Mark Wicke, all of whom are heading to the United States Coast Guard Academy. Garret Glazier, who was recently commissioned as a 2nd Lieutenant in the United States Marine Corps, will also take part in the ceremony.

Look What We Did With the Old Tree