It’s Descanso Gardens, illuminated as you’ve never seen it.
The most familiar of haunts at the beloved botanic gardens have been transformed by the “Enchanted: Forest of Light!” display open to the public until Jan 8. 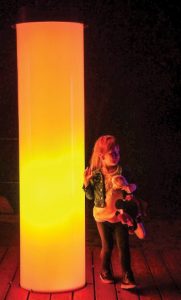 The eight-station experience conjures up feelings of a fairy wonderland — if those sprites were stars in a flashy music video. The park is mostly quiet, though, save for the giggles of children (and children at heart) interacting with many of the light structures and the ambient sounds of chimes.
“Hopefully this becomes a tradition for Southern California for the holidays,” said designer Chris Medvitz of Lightswitch, the company that created the exhibit at Descanso as well as the one that’s run for four years at the Morton Arboretum in Chicago. “Hopefully people come back and see this every year.”
Medvitz said it took him and his team about 18 months to design the eight diverse displays, which will open for 43 days between 5-10 p.m. each night except Christmas Eve and Christmas Day.
Descanso staff anticipates about 100,000 visitors over that span, a similar number to those who visited for the “Rise of the Jack-O-Lantern” event that was held previously during the Halloween season. Tickets are $28 for adults, and $24 for seniors 65 and older and children between 3 and 17. Children 2 years old and younger are free. 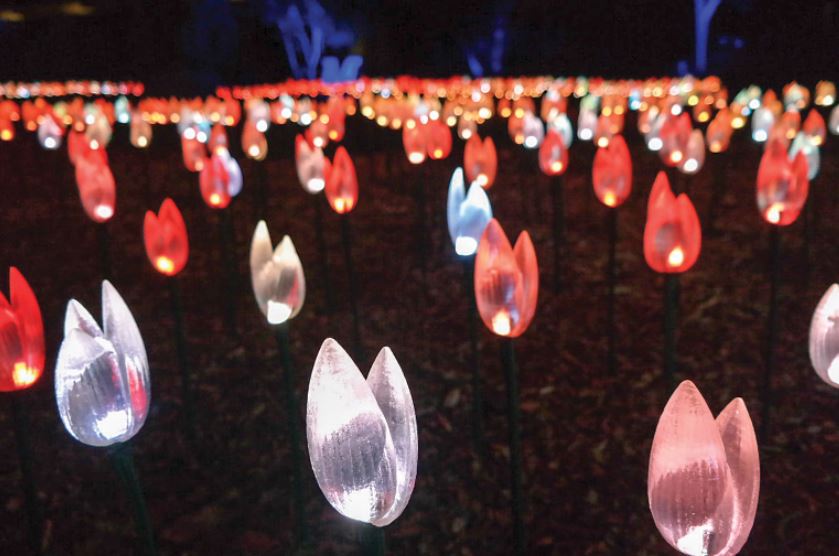 All those visitors can wander, at their own pace, through displays that incorporate the gardens’ famous camellia collection, the Japanese Garden and the section of stately sycamores, where there are larger-than-life light sticks, controllable by touch.
Descanso’s popular seasonal tulip display also has been transformed for winter into a field of dancing, animated flowers. It’s one example of how Medvitz tried to incorporate the personality of the place into the experience.
“This is something they’re known for, so why not do an abstract light version of that?” he said of the station, identified as “Flower Power.” “And we can make it do all sorts of fun things.”
The pair of glittering “lakes” — designed in collaboration with artist Jen Lewin — invites visitors to skip across them, changing the colors and patterns of the lights with the touch of feet. 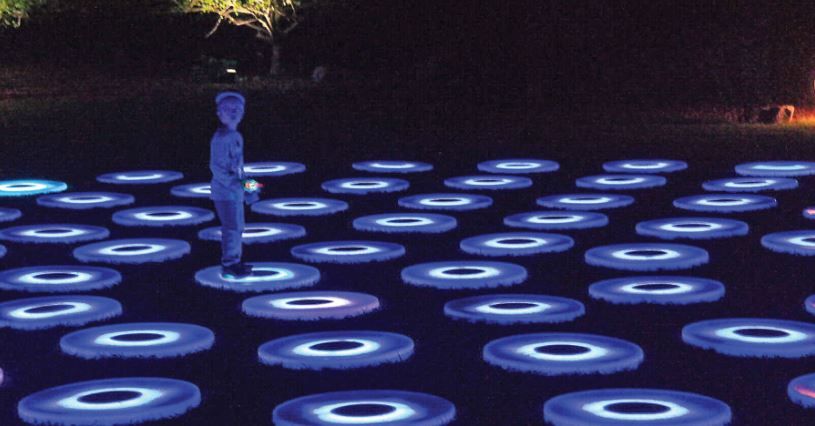 It’s look-and-don’t-touch only through the Ancient Forest — where plants such as ginkgo trees and cycads live. But the mood created by the rainbow of lights creeping through the trees already made it an early favorite with some visitors during this week’s press preview. It’s also a favorite of Medvitz’s.
“The Ancient Forest turned out really great,” he said. “It’s kind of a fun, different place beyond the overall gardens because there are no flowers; it’s all prehistoric plants and stuff. I’m really pleased with how it turned out; I think it’s spectacular — it’s really different.”
That, of course, is the idea, said Nadia Hagan, assistant manager of Descanso’s education programs: “Come see the garden in a whole new light.”