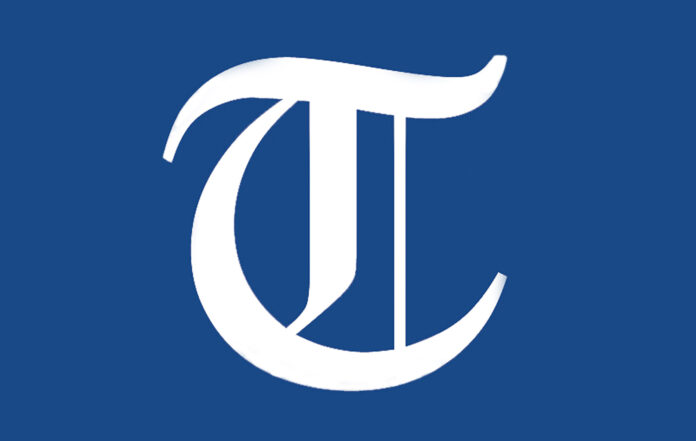 Approximately 17 percent of the 163 children under the age of six—residing in the western Census tract of San Marino—who were tested for lead exposure between 2011 and 2015 have blood lead levels at or below the 5 micrograms per deciliter reference level established by the Centers of Disease Control and Prevention, according to data obtained by The Tribune from the Los Angeles County Department of Public Health.

This data obtained by The Tribune informed an April 19 story published by Reuters News Agency that quoted San Marino Mayor Richard Sun, who was interviewed by Reuters on April 5 at San Marino City Hall.

“I was extremely surprised to know that the [blood lead levels] in our community—two census [tracts]—were on the top 10 among all [census tracts] in Los Angeles County,” Sun told The Tribune on April 20.

“I noticed our two [census tracts] and the [census tracts] in neighboring communities like Arcadia, San Gabriel, Pasadena, South Pasadena were all on the top 10 in the list,” he added.

Sun was made aware of the data when it was presented to him by reporter Joshua Schneyer, of Reuters, who acquired the data through a recent records request as part of the news organization’s national series on lead exposure.

According to the Office of Communication & Public Affairs of the Los Angeles County Department of Public Health, old lead-based paint—which was banned by California in 1978—was the primary source of exposure. Nearly 80 percent of San Marino homes were constructed prior to 1960, according to U.S. Census data.

“Paint is likely the main source due to the age of the housing in that area, but imported food, medicine and pottery from China could also be a factor for this community,” said the Office of Communication & Public Affairs.

The western census tract of San Marino has the highest proportion of children with blood lead levels above the CDC’s reference level in all of Los Angeles County.

Twenty-six of the 28 with reported elevated blood lead levels in the western tract had levels at or below the CDC reference level of 5 micrograms per deciliter.

“Further analysis of the data showed that 26 of these children had reported levels of 5 ug/dL and that these results were coming from the same laboratory. The detection limit for that lab was 5 ug/dL and children with blood levels below this detection limit were being reported as a level 5 ug/dL. Therefore, some or most of these children may have had levels less than 4.5, and would not necessarily represent elevated levels in a final analysis,” the Office of Communication & Public Affairs of the Los Angeles County Department of Public Health said in an April 26 statement to The Tribune.

Eleven percent of the 170 children tested for lead exposure that reside in the eastern census tract of San Marino have blood lead levels above the CDC’s reference level.

As of press time, the county public health department has not yet provided The Tribune with a breakdown of the 19 cases in the eastern census tract.

The CDC recommends public health actions be initiated above the reference level. “We are not talking about acute lead poising,” Schneyer said in an interview with The Tribune.

California or Los Angeles County do not require blood lead level tests for children under the age of six. If a child is tested, pediatricians are required to share test results with the state, which then shares it with the county.

According to an April 20 letter from Collins to the San Marino City Council, Mayor Sun directed city staff to draft an ordinance that would require that contractors acquire Environmental Protection Agency, or EPA certification before being issued a City of San Marino permit or business license.

The ordinance, which will be on the council’s April 28 agenda, would also require that contractors provide “follow up documentation that any lead found had been properly abated.”

An emergency meeting of the San Marino City Council was held at 8 a.m. on April 26 at City Hall. The council and public heard from Dr. Cyrus Rangan, Director of Toxicology and Environmental Assessment at the Los Angeles County Department of Public Health. Full coverage of that meeting starts on page A-1.

An email from the San Marino Police Department sent at 3:07 p.m. on April 21 included links to information and resources about lead poisoning and abatement.

In a statement from the San Marino Unified School District, Superintendent Dr. Alex Cherniss said, “To our knowledge, none of the referenced tests was conducted within our school district or were related in any way to the operations of our school district. The District has complied and continues to comply with state and federal testing requirements in order to ensure a safe environment for its students, and a recent drinking water sampling for lead contamination revealed safe levels at all four District schools.”

In a school district email sent to the school community at 2:46 p.m. on April 21 in response to the Reuters article, the District stated, “As part of its continuing safety efforts, the District recently conducted random drinking water sampling for lead contamination at numerous drinking fountains at all of [its] school sites. All drinking fountains tested were below the action level for the EPA & CDC.”

In a statement to The Tribune, California American Water said, “At this time, there is no evidence potable water is the source of these elevated levels of lead within the City of San Marino.”