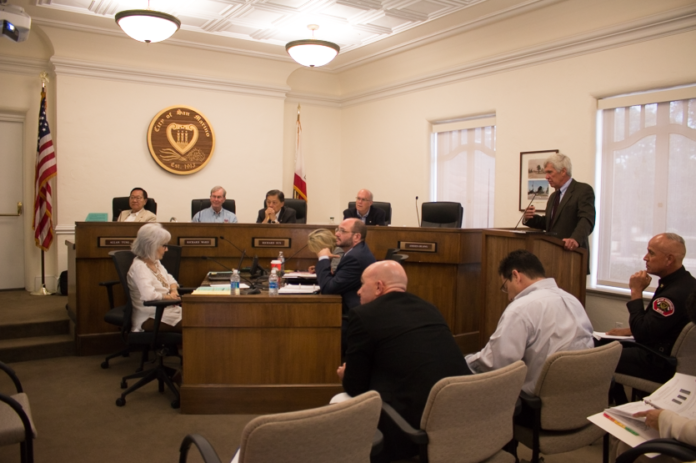 A review of the San Marino Fire Department suggests improvements could be realized from quicker emergency call transfers from the Police Department, quicker dispatch times from Verdugo Fire Communications and SMFD arrival times, among other recommendations.

The findings, discussed by ESCI Consultant and former 15-year fire chief Joe Parrot, state the SMFD’s various response performance goals are in line with nationally recommended standards. Currently, technological barriers caused by an outdated emergency call system and navigation methods are among the issues preventing the SMFD from reaching these goals. 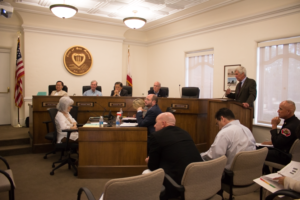 “[The review] was a fair and honest presentation, and it’s important to be evaluated,” SMFD Captain Dominic Petta said. “It’s important for any department to be accountable for what you do day in and day out. I think we’ve always been transparent with the public and it helps to show what we can improve on and allowed us to see areas we were lacking in and give perspective to the city council and the citizens of San Marino.”

According to the review, the time it takes to transfer a 9-1-1 call from the “primary Public Safety Answer Point,” which is the San Marino Police Department, to the appropriate emergency service, is drawn out by a double “caller query process.” In essence, callers are questioned to determine the nature and location of the emergency and if a police response is needed before being transferred to Verdugo Fire Communications, a dispatch center, and questioned again for the same information.

With this practice in place, at times, three minutes or more can pass before the SMFD is notified of the emergency, the review found. Most recent data comparing call transfer times from the SMPD to the VFD for 2011 to 2015 found transfer times ranged from 62 seconds to 99 seconds, 95 percent of the time. These call times are largely the result of the double query process, and are higher than the “National Fire Protection Association Standard” of 30 seconds, 90 percent of the time for call transfers.

To combat the loss of valuable time, the fire department is now looking into new cross-department phone systems that could reduce call transfer times by ending the double query system, immediately transferring calls as soon as basic information is available while allowing the SMPD to remain on the line to hear responses to dispatcher’s questions. The review also recommends VFD employ a “pre-alert” system that gives responders basic information provided during the call through a computer generated voice to save time.

Captain Petta said the department hopes to have the new system in place by the end of the fiscal year in July 2018.

“This system will offer organization across the board through the departments,” he said. “Our main priority is to assist people who call in at police and fire levels.”

Another issue is the fire department’s outdated address mapping procedure–referencing large maps printed and posted on the wall–rather than using navigation systems from their vehicles.  Having these devices could return valuable seconds that add up when it comes to emergencies and are expected to be remedied with the upcoming overhaul of the computer-aided dispatch system, according to the review.

ESCI Consultant Joe Parrot said the department isn’t far off from hitting its target times, and praised the SMFD for its commitment toward a four-personnel staffed engine– a necessity due to the community landscape (larger homes that sit back from roads) and specific needs of San Marino citizens. The review encourages city leaders “to ensure that four-person staffing of the SMFD fire engine continues.”

“We are unique in being a one station fire department,” Petta said. “I’m a huge advocate of [a four-person staffed engine], not only for the safety of the crew but dealing with the geographical terrain and setback homes… pulling a fire hose up an inclined driveway and then continuing to work for another one to two hours. It’s definitely needed…and it’s encouraging to see that [ESCI] saw it was needed.”

“Having another paramedic on scene of a critical medical call can significantly change outcomes for our patients,” he added.

The recommendations also included categorizing medical incidents through the VFD to determine whether both an ambulance and a fire engine are needed. Currently, both respond regardless of the emergency incident, committing both units to the emergency and subsequently unavailable for other calls. This requires outside agencies to respond, which will delay response times. Wildland fire safety and education for residents was also highlighted, especially in the northwestern city limits near the Huntington Library with large canopies of trees close to structures. The review also suggested improved mutual aid agreements to cover more areas of the city within 4 minutes during an emergency call.

San Marino City Council will meet with the Fire Chief in 45 days after reviewing the document’s recommendations to discuss implementation.