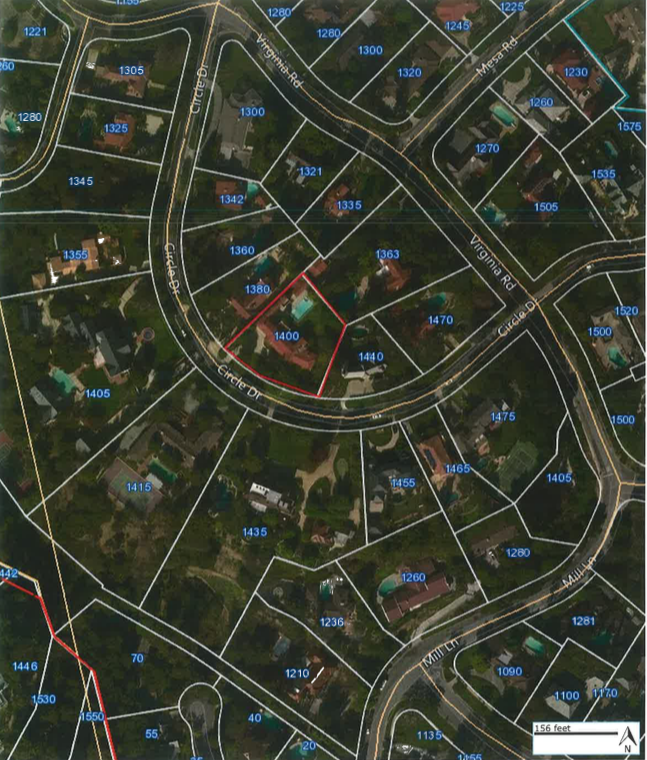 Councilmembers Susan Jakubowski and Gretchen Shepherd Romey recused themselves at the city’s Dec. 13 city council meeting as the council moved to hear an appeal to move a two-story, six-bedroom project forward.

The 1400 Circle Drive project had been through several hearings and the applicant and his lawyer were in attendance at the meeting, hoping to get the go-ahead on the residence.

Planning and Building Director Aldo Cervantes explained that while the applicant had submitted a timely appeal, the plans submitted with the appeal were identical to the ones denied by the Design Review Committee. The applicant then submitted revised plans that did away with the need of a Conditional Use Permit, given that the plans dropped the seventh bedroom.

The issue, Cervantes said, was that the revised plans along with a historical assessment of the home, property and architect were submitted on Dec. 5, six business days before the hearing, without adequate time for Cervantes and assistant planners to review.

The planning and building director also noted that the posterboard in front of the home was not updated with the accurate date of the hearing. In the city’s code, the appeals provision provided unclear “may” verbiage, Cervantes said could have been the issue for the applicant’s noncompliance.

The full provision states: “Failure to post the sign, to include the required information, or to comply with applicable placement or graphic standards or requirements may result in the delay of the required public hearing.”

The council, after hearing from the applicant’s lawyer Richard McDonald, eventually decided to send the project back to the planning commission.

The “appeal of commission decisions” process includes four methods the city council can take: to accept the prior decision of the commission, to require a summary of the evidence through which the commission made its decision, to refer the matter back to the commission, or to set the matter for a hearing within forty days to decide the case de novo, hearing the case as if it was an entirely new project.

In a phone conversation Wednesday evening, McDonald said they were told that the Wednesday evening hearing would be a de novo hearing, and said the materials had been submitted as early as September as well as that the planning department was aware of the historical analysis.

“We were not told they would be thinking of sending it back to the planning commission,” McDonald said. “Telling us one thing and then doing something different isn’t good.”

He explained that with regard to the four options in the code, they were under the impression that the de novo option had already been selected, and that they believed it would take place at the Dec. 13 meeting.

McDonald said the tenant is prepared to testify at the Planning Commission meeting as to the bad condition of the home, including sloping floors, and portions of the home that need to be brought up to code.

“It’s time for a new house consistent with the standards of San Marino,” McDonald said. “It’s a really good project.”