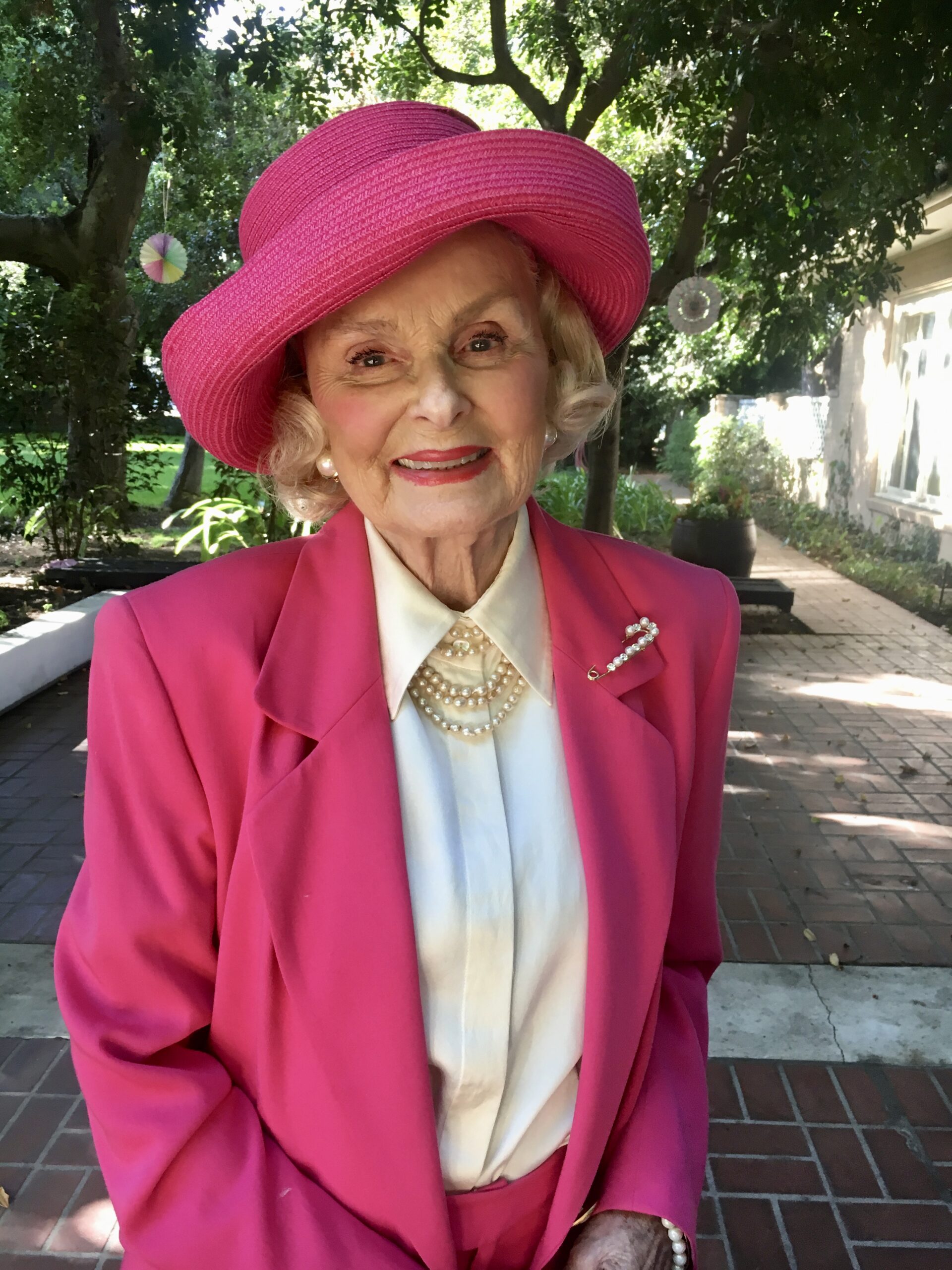 To say that Jeane Edwards was “one of a kind” is an understatement. Her tremendous style, humor, and sense of fun was legendary amongst her friends and family. She was the life of every party, dressed to the nines with a margarita in hand.

The longtime San Marino resident died peacefully on December 26 at the age of 92, after a brief illness. She was surrounded by her loving family.

Jeane Winslow Rowe was born to Sara and Edgar Rowe in Richmond, Virginia on June 3, 1925, but was raised in San Francisco. She and her sister, Carter, were the vivacious belles of the city. But mom was not to remain single for long. At the age of 19, she married Captain Andrew Ray “Bunny” Edwards on February 7, 1945.

After moving to Southern California soon after their marriage, Jeane and Bunny built a life for themselves in and around Pasadena, where the Red Line went right by their door in Sierra Madre. They eventually settled in San Marino, where they raised three children and developed an eclectic group of friends. Bunny and Jeane were “the cool parents,” popular with their children’s friends, and the two were always spotted at San Marino High School athletic events and theatrical productions.

Jeane chaired three Grad Nights at SMHS and was also involved with a number of charitable organizations, including The Sycamore Home for Boys and the suicide hotline. She was also an active part of the Junior League, Assistance League, the Luminaires, and served as a docent at the Huntington Library. Over the decades of her full life, she loved to ride horses, do yoga, play tennis, see theatre and the Pasadena Symphony, paint, and play bridge. She supported the Pasadena Playhouse and A Noise Within.

Her commitment to the arts was a major passion. A vital member of the San Marino Players, she both directed and starred in a number of productions in the 1960s and 70s. She also was involved in the Nine O’Clock Players children’s theater in Los Angeles.

Her countless hobbies spawned groups of lifelong friends with similar talents. Their nicknames capture the spirit and humor of their gatherings: the Quilters, the League of Grandmothers (aka the Tennis Girls), the Incredibles, and the Bridge Group.

Her love of dogs was unsurpassed. Even her husband and children were well aware that the dogs usually came first in her lineup of favorites. During the last 30 years of her life she adopted, exclusively, multiple German Shepherds. Her most recent, named Lady Blue, still lies at the foot of her bed at night.

Jeane traveled extensively in the 70s, 80s, and 90s, including trips to India, China, Ireland, Africa, Japan, Russia, Vietnam, Australia, Canada, England, Norway, Denmark, Sweden, Austria, Greece, Egypt, Israel, Spain and Italy. She never took photos, instead sending everyone postcards marked SAVE so she could savor where she traveled later.

Her most recent honor will be received posthumously by her family on March 22. Jeane was very proud that the Rotary Club of San Marino nominated her to be a Paul Harris Fellow, recognizing her outstanding community service through the Fathers’ Night shows she wrote and directed to raise money for the San Marino Community Chest.

Services will be held privately at her request.

In lieu of flowers, the family requests donations be made to German Shepherd Rescue of Burbank, or St. Edmund’s Church in San Marino, where she regularly attended the 8 o’clock service in the front pew of the chapel.