Norgaard Pledges To Move Forward With Suit Despite TRO Denial 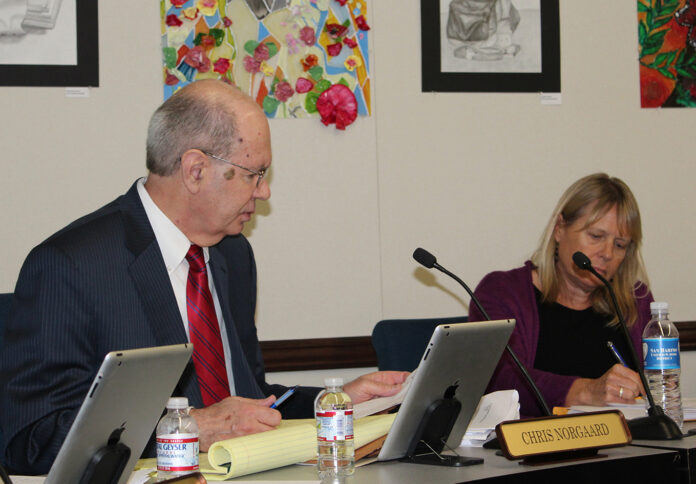 On the heels of losing a request for a temporary restraining order, San Marino School Board member Chris Norgaard has no plans on dropping the lawsuit against the School District and is going to file an amended complaint Monday.

“I’m afraid I cannot comment further at this time on the amended complaint that we will file on Monday, as we still are contemplating its exact scope and structure,” Guy Glazier, Norgaard’s attorney, said in an email to The Tribune Tuesday afternoon. “I can confirm that we definitely are not dropping the lawsuit.”

District Court Judge Fernando M. Olguin on Monday afternoon denied a request for a temporary restraining order that was filed by Norgaard against the San Marino Unified School District.

Through his attorneys, Glazier and Deborah M. Parker of Glazier Yee, Norgaard was arguing that the district had prevented him from participating in the job performance evaluation of Superintendent Dr. Alex Cherniss. The four other members of the school board have excluded Norgaard from the evaluation because, they say, he is suing the district, Cherniss, Assistant Superintendent of Human Resources Linda de la Torre and each board member. The School Board members named are President Shelley Ryan, Vice President Lisa Link, Board Member Nam Jack and Board Member Joseph Chang.

Olguin denied the TRO on several counts, saying that the plaintiff failed to prove that he was likely to suffer irreparable harm in the absence of a temporary restraining order, that Norgaard had not been allowed to participate in the evaluation of Cherniss and that there was little likelihood the TRO would be granted.

Olguin also ruled that Norgaard has a financial, monetary interest that “may conflict with his/her official duties.”

Attorney Matt Kline of O’Melveny & Myers, legal counsel for the San Marino Unified School District told The Tribune, “Our clients are very pleased with the Court’s careful, thorough ruling and they remain focused on their core mission: serving the children of the school district. Given the Court’s order, it is our hope that Mr. Norgaard will stop pursuing this costly, misguided case.”

Glazier minimized the importance of the court’s ruling Monday, and did so again Tuesday, characterizing it as limited in its scope.

“The TRO application sought merely to reinstate Mr. Norgaard to his elected role in evaluating the superintendent, a process that the court noted was largely complete,” Glazier said. “The court was not asked to and did not at all address the substance of the majority of Mr. Norgaard’s underlying claims.”

Norgaard is suing the district in federal court for civil rights violations, including defamation of character, under the First and 14th Amendments of the Constitution. Norgaard is seeking unspecified compensatory, special and punitive damages as well as attorney fees. The longtime School Board member also is seeking a permanent injunction against the School District for what he claims is the violation of his constitutional rights as a member of the SMUSD Board of Education.