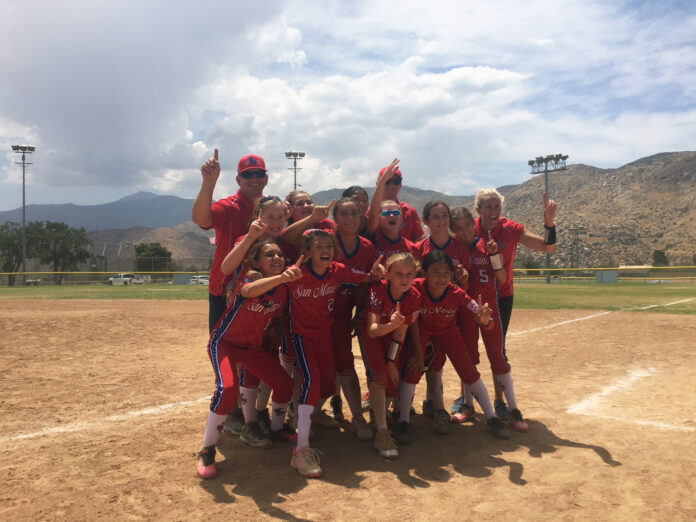 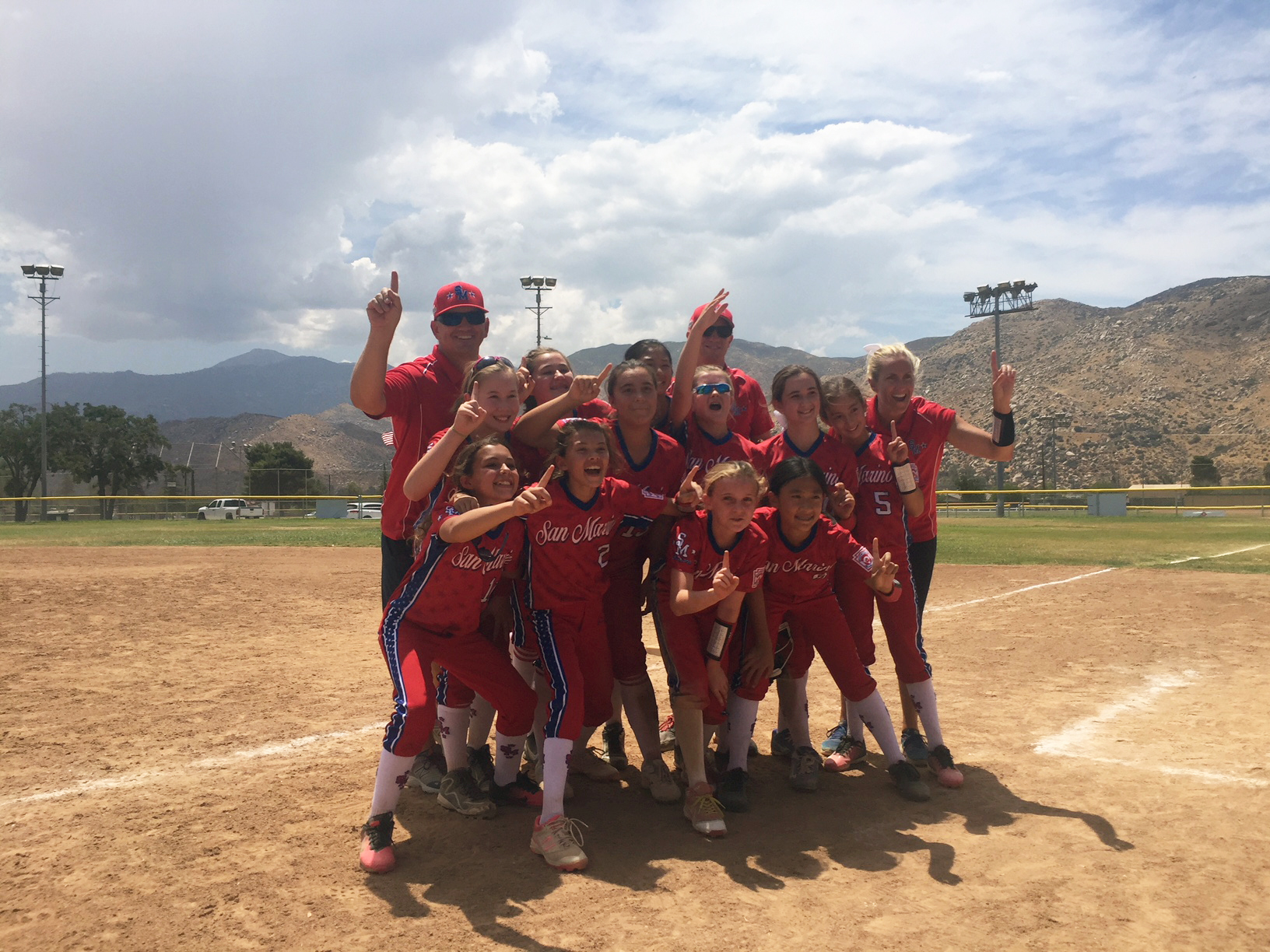 The pivotal moment in the game came in the second inning, when with one out Manager Jarrod Taylor called for Giddings to bunt with runners on 2d and 3rd. Giddings laid down a beauty, forcing Palmdale to rush the throw which went into right field, scoring the two runners and staking SMNLL to a 4-0 lead. The play set the stage for Bilvado’s double, which plated two runs, leading to a comfortable 6-0 lead.

SMNLL found themselves in a tight battle, leading only 2-1 in the 4th inning and having left 6 runners on base. After loading the bases, Sophia Bilvado stepped to the plate and eased the nerves of the SMNLL faithful by drilling a line drive that cut through the wind all the way to the fence for an inside-the-park grand slam home run.

Emma Hiddleson would take it from there, as she threw a six-inning gem against a pesky Palmdale squad that was playing savvy and putting the ball in play. Tylie Pellant made an incredible catch in center, Kayla Giddings made a number of plays at shortstop, Kennedy Taylor snared a line drive at the hot corner, while Hiddleson made a number of plays to help herself and Holdsworth and Yu displayed their typical steady play.
Bilvado had 3 hits and 5 RBI and was joined in the hit parade by Pellant (2 hits), Taylor, Esbenshade, Giddings and Holdsworth while Ella Moriarty was on base every bat over the two games and Chloe Wang worked a quality at bat for a walk.

Primed after great success from their Fourth of July water balloon battle and parade, the SMNLL Softball 11s rolled into Banning for a series of 8:00 a.m. games against Hesperia American. Undaunted by the mileage and early wake-up calls, the girls out hit their opponents 19-3.  Following a similar formula from Sectionals, Manager Jarrod Taylor and Coaches Maren Pellant and Andy Esbenshade started Taylor in Game 1 (7Ks, 1walk, 2hits) and Hiddleson in Game 2 (5Ks, 3walks, 1hit) who were a dazzling and dominant 1-2 punch.  The girls pounded the strikezone, fielded their position with aplomb and had confidence their defense would make plays behind them.

Defensively, Holdsworth was rock solid at second base as the ball found her glove again and again. She made plays to her left, right, forward and back, including the play that sealed the title. Tylie Pellant made a matrix-esque’ catch at third, while Yu and Taylor gobbled up everything at first base.  Giddings made every play that came her way at shortstop, highlighted by picking a throw from Bilvado to nail a would-be base stealer.

Bilvado threw out multiple runners, including at third base with two outs to quell a Hesperia rally in the title game.

Offensively, Pellant and Bilvado came up clutch as Pellant had multiple hits in each game while Bilvado continued to hit bombs, including one that was held in the park only because of the monsoonal gusts blowing straight in from center field. Giddings, Taylor and Yu (5 total RBI) also had multiple hits while Esbenshade (on base every at bat in Game 1), Holdsworth, Moriarty (bases loaded single), Hiddleson and Pisano (a textbook bunt) contributed hits and Wang rocked a liner to right field and was robbed of an extra base hit.

Game 1 was a 4-inning mercy affair while Game 2 was much more of a grind. Up 1-0 in the 4th, Pellant led off with a single, followed by Pisano’s bunt single and Hiddleson’s infield single, setting the stage for Moriarty’s drive into the outfield scoring Pellant. Then, with the infield in, Giddings punched an outside pitch down the left field line to score two and give the girls some breathing room. 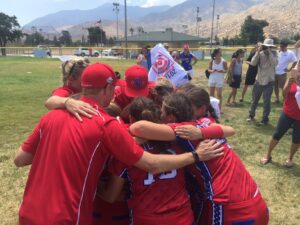 When all was said and done, it was clear that the coaches prepared the girls well as they made every play in the field, were hustling to the right spots, scored in a variety of ways, threw strikes and most importantly, were pulling for one another on every pitch.

These girls had a tremendous run and will be working hard in the fall and spring to see that they can do in the signature 12-year-old tournament next summer.