Marching Band Has Best Show In School’s History at SCABOA

Even someone as relentlessly supportive as a booster mom had her doubts a little over a year ago as then- Musical Director Denny Bui walked down the long line assembled on the track at Titan Stadium and shook hands with the uniformed young people.

“Look at all those seniors,” she exclaimed. “What are we going to do next year?”

“We were really solid the entire season,” said first-year Musical Director Shota Horikawa. “We were seeded first for a large part of the season and the lowest we ever finished at a competition was second place.”

The Titan Marching Band, Percussion and Colorguard swept first place in each discipline at the Rowland Field Tournament in Rowland Heights on Saturday, October 13.

The Titans finished first again on consecutive weekends at Wilson and Los Altos High School, with the Percussion unit again claiming the Sweepstakes Award at Los Altos on November 3.

“I really have to acknowledge each and every young person in the group,” said Horikawa. “And this community is so helpful, especially our band parents.” 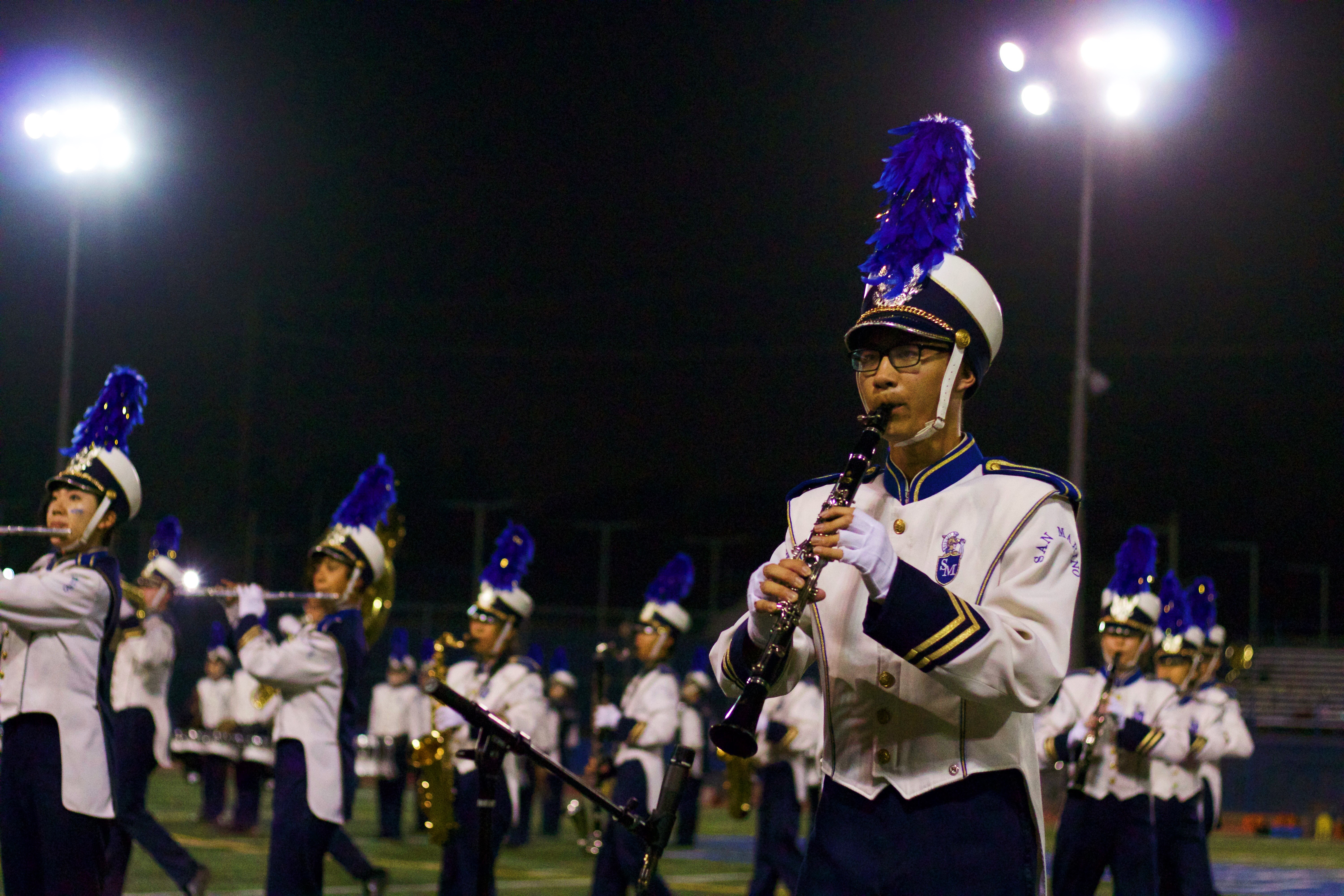 “They are all so helpful, so professional,” Horikawa said. “I am very proud to be associated with this school, these people and this community.”