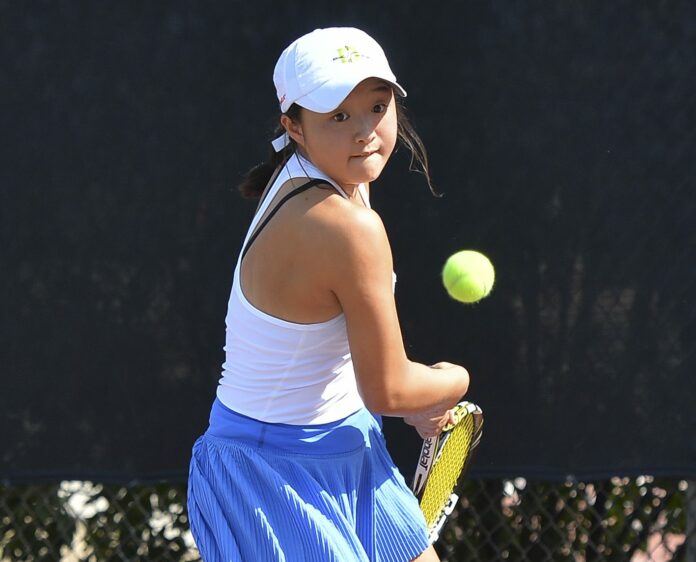 Anessa Lee, a junior at San Marino High School, advanced to the finals of the USTA National Indoor Championships, which were held in Memphis over the Thanksgiving weekend. Lee finished second to Valencia Xu of New Jersey in a third set tiebreaker for the championship.

Although she did not prevail in the finals, Lee still claimed a coveted silver ball, to augment the gold ball she receiving for winning the 2018 Easter Bowl championship.

Lee is currently ranked #9 among all high school juniors in the nation.

Aside from winning the prestigious Easter Bowl title, Lee as a freshman won both the singles and doubles championships at the 2016 USTA Girls’ 14 National Selection tennis tournament. She also earned the Sportsmanship Award at that tournament.

Anessa is the daughter of Albert and Pearl Lee. Her older brother, Connor, is a sophomore at Georgetown University and plays for the Hoyas. Another older brother, Ryan, was an accomplished tennis player at San Marino High School and graduated from the University of California, Berkeley.