Selected pieces of art created by San Marino’s Piyun Chu were recently displayed in the Arizona Capitol Museum and currently grace Phoenix, Arizona’s City Hall to acknowledge the Sister City relationship between Taipei and Phoenix. The works of Chu, who is a revered third generation student of the Da Feng Tang art school, were displayed in the Capitol Museum from November 6-30 and are currently being viewed in Phoenix City Hall through December 14. 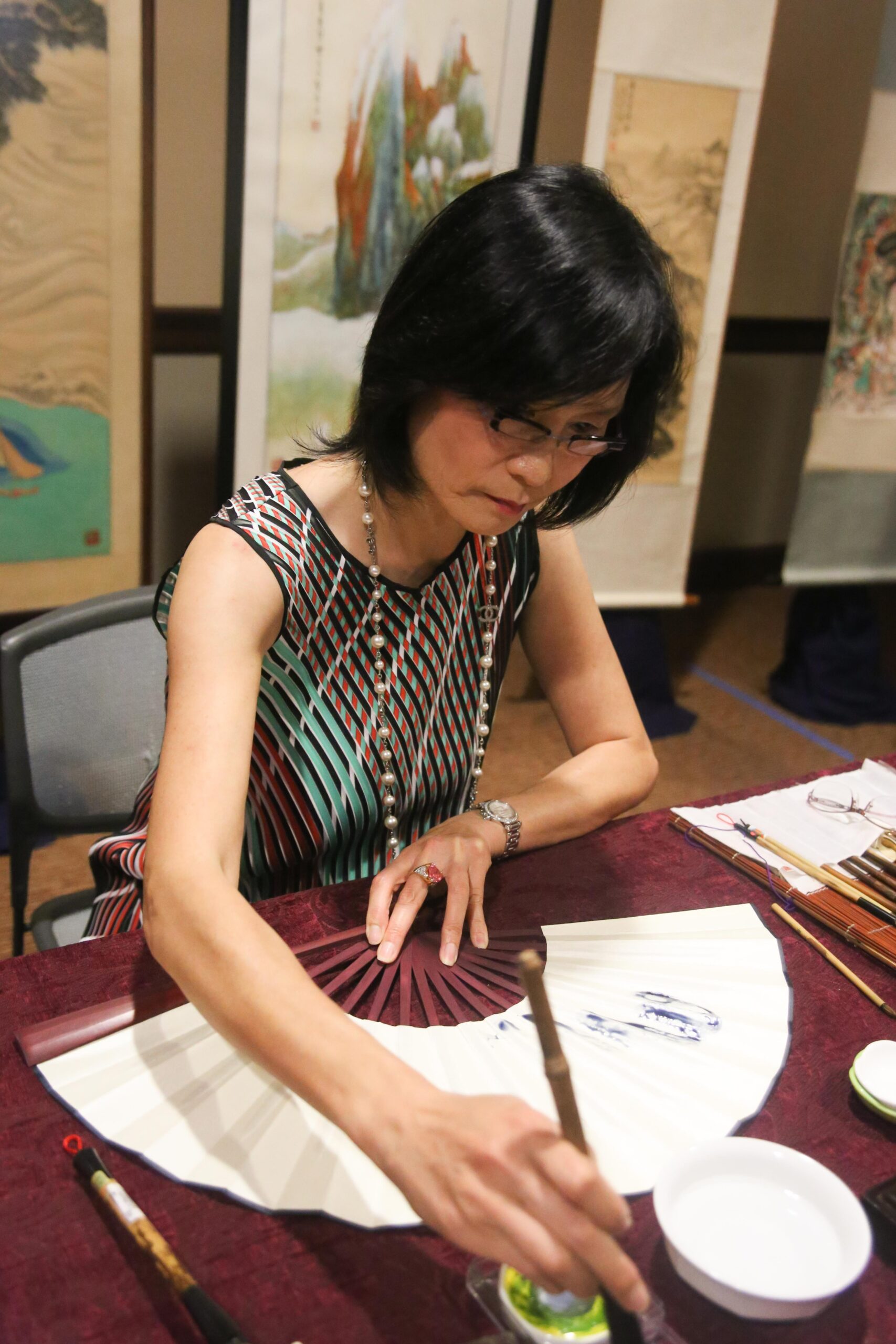 It all began when Piyun Chu helped her brother on a school project and his assigning her the task of producing her first Chinese brush artwork. Chu was inspired by a priceless piece of art that hung gracefully on the wall of her father’s home.

At the age of 15, she displayed her passion for art by imitating the work of Master Po Xin Yu. Her talent not only caught the eye of her brother’s teacher, but also that of her parents and friends as well. Her father acted quickly. He was determined to find his daughter the best art professor he could.

Several other famous mentors have followed, and the result is a fresh artistic take on a traditional Chinese style.

“I believe it is very important to prove your painting styles by focusing on one style that interests you, or one that truly resonates in you,” Chu told The Tribune last year, prior to a private exhibition of of her artwork and a workshop at San Marino’s Crowell Public Library.

Piyun Chu  returned to study with Master Sun Yun Sheng for six years. Chu expressed that, “I am so grateful to be the third generation student of the Da Feng Tang art school.”

Chu told The Tribune that “Some of the paintings I modernize to express and transform Da Feng Tang’ sunique art style. ”Her mission is to use her canvas as a platform,“ to inherit and spread the rich and fabulous Chinese culture and art legacy.”

Facebook
Twitter
WhatsApp
Previous articleUsing Her Artwork to Break Down Barriers
Next articleYouth, Energy Will Be Key for Lady Titan Cagers