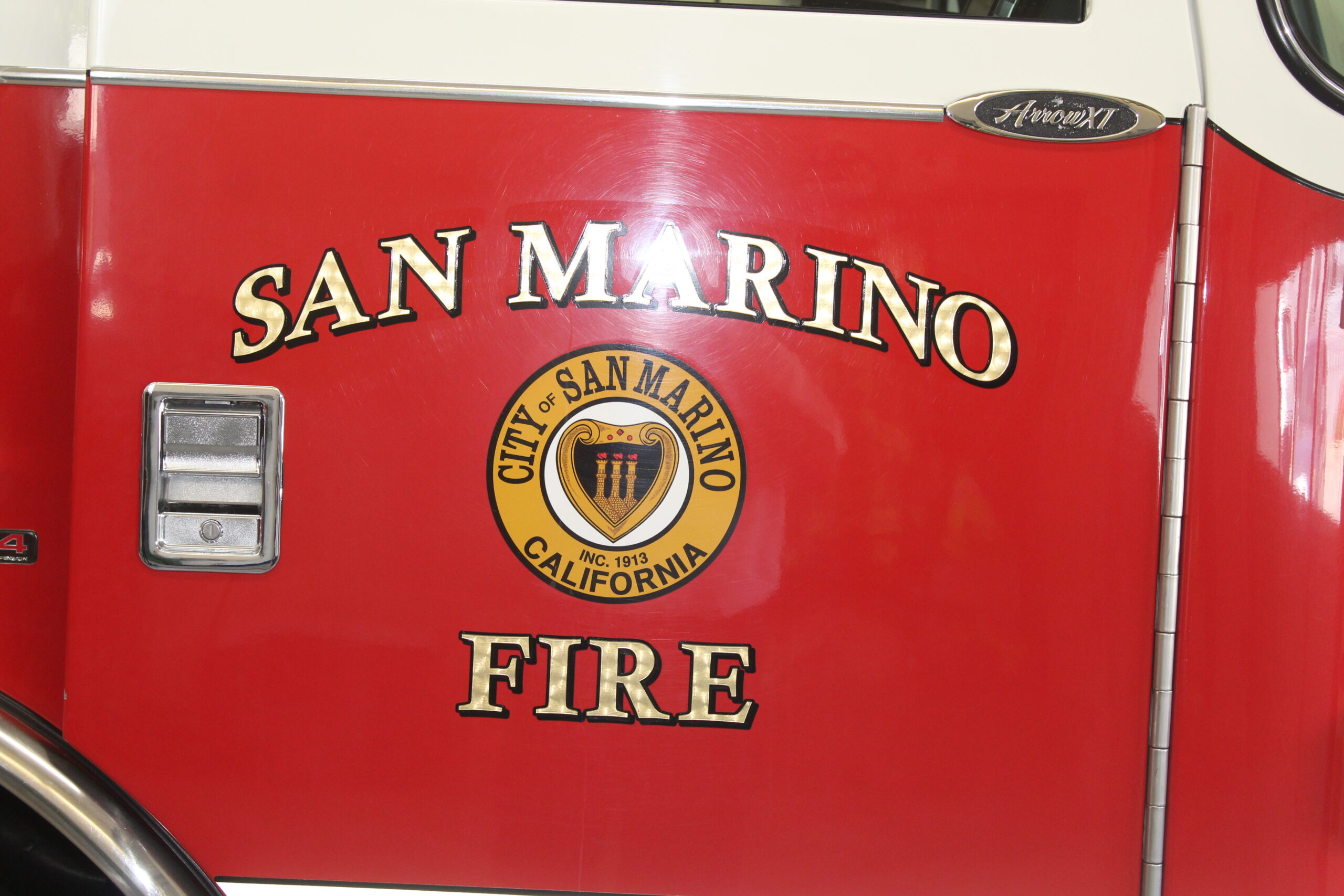 To alleviate staffing shortages that occur from time to time, the South Pasadena and the San Marino fire departments have joined forces in a program where the two agencies share workers.

“In July of 2017, the cities of San Marino and South Pasadena agreed to the sharing of command officer response coverage,” Rueda said. “This was a step forward in ensuring proper supervision for both cities’ fire departments and good government by sharing resources.”

In September 2018, the cities of San Marino and South Pasadena again came together to agree to share personnel between the fire departments when either department experiences unusual or extended vacancies that requires firefighters being forced to work to ensure adequate firefighting, rescue, and emergency medical services coverage. The South Pasadena and San Marino fire departments are nearly identical in terms of size, deployment of resources, daily staffing of personnel, policies, procedures and standard operating procedures. The new agreement between the two cities is another example of good government and provides for the ability to pool resources and share personnel between fire departments and may provide an opportunity to reduce the number of circumstances that firefighters are forced to work. Experience has shown forcing personnel to work long hours increases the likelihood of injury, fatigue, and often results in poor morale.”

“It’s been working incredibly well,” he said. “This cannot happen unless there is complete cooperation between the two cities and there is with us. We have always worked well together.”

In a nutshell, when a staffing position opens up here and there is nobody to fill it, San Marino will offer that slot to a South Pasadena firefighter or vice-a-versa.

In the past, when this would occur, a system known as the “forced hire” would take place. When a slot in the shift would open and nobody was available to take it, then it would go to the low-person on the list and they would be “forced” to fill the slot.

“If a firefighter had plans with the family, or had a planned vacation, if they were forced to work, they would have to cancel those plans to work the shift,” Rueda said. “With this agreement, the San Marino Fire Department can ask South Pasadena if a firefighter wants to work the shift before we are required to force a firefighter to work. It is still possible that the forced hire would have to be implemented if no one from the two agencies is available but that is unlikely to happen.”

Rueda said since the shared-worker program was implemented about four people have jumped at the chance.

The idea for the shared workers germinated about three years ago when the San Marino and South Pasadena were operating under a tri-city program.

The San Marino Fire Department has 20 full-time sworn positions. Of those, one division chief (one shared with South Pasadena), three captains, six engineers (drivers) and 9 firefighter/paramedics.”