Board to Interview Supe Candidates April 26, 27 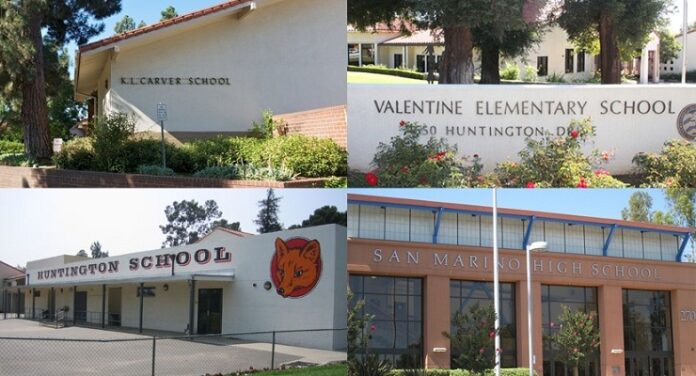 The San Marino school board met on Tuesday with James Guerra and Mike Escalante of JG Consulting/Escalante & Associates, the executive search firm retained by the San Marino Unified School District to assist in the hiring process for a new superintendent, to review the applications of potential candidates in an effort to pare the list down from the 45 who applied for the position. The board has set aside Friday, April 26 to interview candidates and Saturday, April 27 for second queries, both during officially noticed meetings.

The board hopes to have a new superintendent hired by the end of May, according to Assistant Superintendent of Human Resources Linda de la Torre, who also said that the district received applications from interested parties across the nation.

The board is seeking a replacement for former Superintendent Dr. Alex Cherniss, who resigned in August, 2018 to take a similar position at the Palos Verdes Peninsula Unified School District. The delay in determining Cherniss’s successor was necessitated by the November 2018 school board election, where seven candidates vied for three spots. Incumbents Joseph Chang and Shelley Ryan were re-elected and Corey Barberie outdistanced four other candidates to claim the third seat, which was vacated by Nam Jack. Given the board could have undergone a substantial makeover with an instant majority of new board members at that election, the board agreed to suspend the search for Cherniss’s successor until the results were final. Longtime district employee Loren Kleinrock, who is currently serving as interim superintendent, is under contract through June 30, 2019, but there is an option to extend, if necessary.

JG Consulting/Escalante & Associates is conducting a closed search, which the consulting firm believes allows for a better pool of candidates.

“If the search is public, you may lose a good candidate,” said a source close to the process. “If it becomes known that a candidate is looking for another job, they may fall out of favor with their current school board and many good candidates will not participate in that type of process.”

Escalante said that in his estimation 99% of all searches in the state of California are closed.

The superintendent is the only employee in the district that the school board hires and evaluates.

“The board of education is the elected community body responsible for the success of the district and is accountable to the community,” said San Marino School Board President Lisa Link. “The most important decision the board makes is the selection of a superintendent.”

A replacement for Huntington Middle School, Assistant Superintendent Rick Barclay has been hired, according to de la Torre, and will be introduced at the board’s next meeting on Tuesday, April 23 in the district office.

Citing a desire to spend more time with his family—which includes a newborn daughter—Barclay announced his resignation in late February.

“My family is of my utmost priority and spending adequate time with my daughter during these early developmental years and supporting my wife are paramount as I am certain you would agree,” Barclay said. “All of this has prompted us to ensure that my distance from work and home is more manageable.”

Barclay also said told The Tribune he has been met with “nothing but positivity” at HMS and that it has been “an honor” to serve at the school.