Huang, Talt and Measure SM All Cruise to Victory 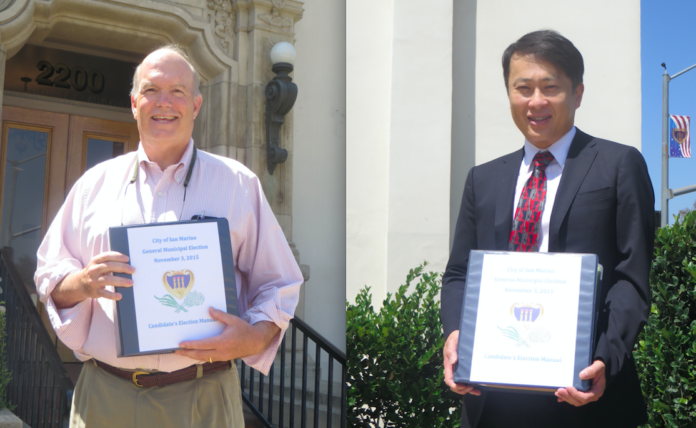 San Marino voters on Tuesday once again approved a public safety tax–named Measure SM by supporters–that will augment paramedic services, fire protection and prevention and police protection. Measure SM, which was first approved by voters in 1980 and garnered 73.11% of Tuesday’s vote, will provide approximately $3.4 million annually until 2025. The measure needed a 66.67% “yes” vote to pass. While Measure SM faced some opposition in the community, nobody filed an argument against the initiative for the official ballot statement.

Huang and Talt filed election papers before the August deadline while one San Marino resident, Andrew Ko, later qualified as a write-in candidate. Huang and Talt were elected to their first terms in 2015. Ko’s vote total was not available at time of publication.