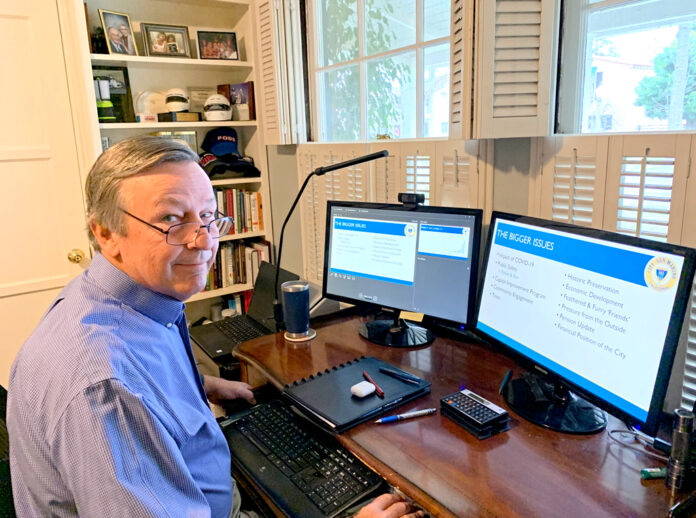 Mayor Ken Ude wrapped up the most recent iteration of the virtual rubber-chicken circuit last week with an address to the Chinese Club of San Marino, where dozens of community members witnessed as he laid out his plan for the upcoming year.
With City Council meetings being held remotely, it’s a method with which Ude has become comfortable as he spoke from an office in his San Marino home.
With Jennifer Dai serving as an interpreter, Ude touched on most every topic of interest in the city and began with a proclamation of wonderment.
“It’s amazing that this pandemic has been here a year,” said Ude, who was elected to the city council in November 2017. “Our goal through the pandemic has been to be as open as we can be, with Lacy Park, our businesses and our restaurants and city hall has not closed during the pandemic. We have always had staff on site.”