HomeSportsTitans Edged in Overtime in CIF 2nd Round
Sports

Titans Edged in Overtime in CIF 2nd Round 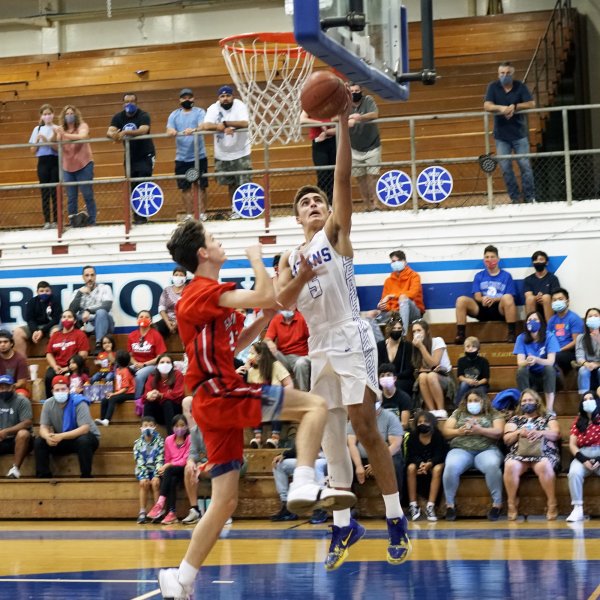 They looked nothing like the dozen men who moments earlier had finished engaging in 36 minutes of the most fervent, inspired basketball that has been seen in these parts for quite some time.
Instead, the San Marino High School boys’ basketball team was drained — physically and emotionally — after losing a heartbreaking CIF Division 4AA second-round playoff game to Elsinore, 74-72 in overtime, on Saturday night.
The game will long be remembered, chiefly for the effort expended by the outmanned, outsized Titans. But also due to the fact that San Marino held several double-digit leads during the contest and even held a five-point advantage during the four-minute overtime period.