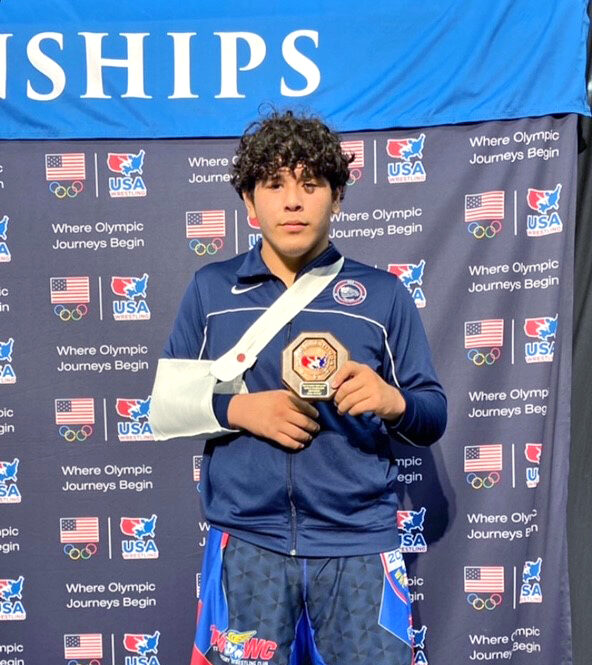 Recent San Marino High School graduate Ryan Arrington added another impressive entry to his resume last week when he finished eighth in the Greco-Roman classification at the 2022 USA Wrestling junior and 16U national championships, which were held in Fargo, North Dakota. In the process, Arrington received All-American status for the second time.

It has been an outstanding year for Arrington, who graduated in May. During his senior year, Arrington won the Rio Hondo League and CIF wrestling championships, finished second in the Masters Meet and fourth in the state in the 220-pound weight class.

Arrington seemed to surprise even himself when he finished sixth in the United States in the NHSCA High School Nationals, a premier tournament in Virginia Beach, Virginia, which drew competitors from 48 states and three countries. His placement earned him the prestigious title of All-American, for what turned out to be the first time this year.

In June, Arrington signed a letter of intent to wrestle at California State University, Bakersfield, when he enters the campus later this summer.

“I am excited for Ryan’s continued development,” said San Marino head wrestling coach Morris Bird. “I can’t wait to have him give back to the next generation of Titan wrestlers.”

Cal State Bakersfield competes in the Pac-12 Conference for wrestling. The Roadrunners are one of the most decorated wrestling programs on the West Coast, having sent 203 athletes to NCAA championship meets, including at least one competitor in each of the last 47 seasons.