Ballot Fills Up With City Council, School Board Contenders 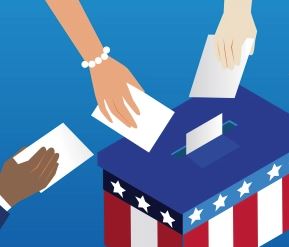 With just hours remaining until the deadline to complete the candidate filing process, the field for three open seats on the San Marino City Council and four spots on the San Marino Unified School Board is rapidly expanding.
As of the Tribune’s publishing deadline on Tuesday, seven residents had pulled papers for a spot on the ballot Nov. 8 for a City Council bid, while six are competing for School Board seats. Candidates had until Wednesday, Aug. 17, to complete the filing process.
Steven Jones, Calvin Lo, Su Viswanathan, Grant Fujiwara, Diana Milkie Nixon and Tony Chou join incumbent Gretchen Shepherd Romey as City Council candidates.
As of Tuesday, the seven candidates were in various stages of filing for a spot on the ballot, with Jones and Shepherd Romey the only candidates who had been certified by the city of San Marino.
The terms of Mayor Susan Jakubowski and Council Members Gretchen Shepherd Romey and Ken Ude are ending in December. Jakubowski and Ude have chosen not to defend their seats.
The Secretary of State was scheduled to draw for the ballot order Thursday, according to San Marino City Manager Marcella Marlowe.

With four slots available on the school board, Jim Barger, Mackenzie Marie Brown, Stephanie Duncan and Joanna Lam will compete with incumbents C. Joseph Chang and Shelley Ryan on election day. Due to two resignations that took place in 2021, candidates for the school board had the opportunity to run for either a two-year or four-year term. As of Tuesday morning, Mackenzie Marie Brown had filed her papers for the two-year seat, while Stephanie Duncan had pulled papers but not yet returned them, according to Superintendent Linda de la Torre.
Jim Barger and Joanna Lam join incumbents Shelley Ryan and C. Joseph Chang on the ballot for a four-year seat. All four of the candidates have returned their papers.
Also on the Nov. 8 ballot will be a proposed vacancy tax that — if passed — will generate approximately $4.7 million to be used for public safety services (including police, fire protection and code enforcement), maintenance of school facilities and school staffing. The tax will require a two-thirds majority vote to pass and will charge those who have lived on their properties for less than 120 days per year a rate of $10,000 per parcel