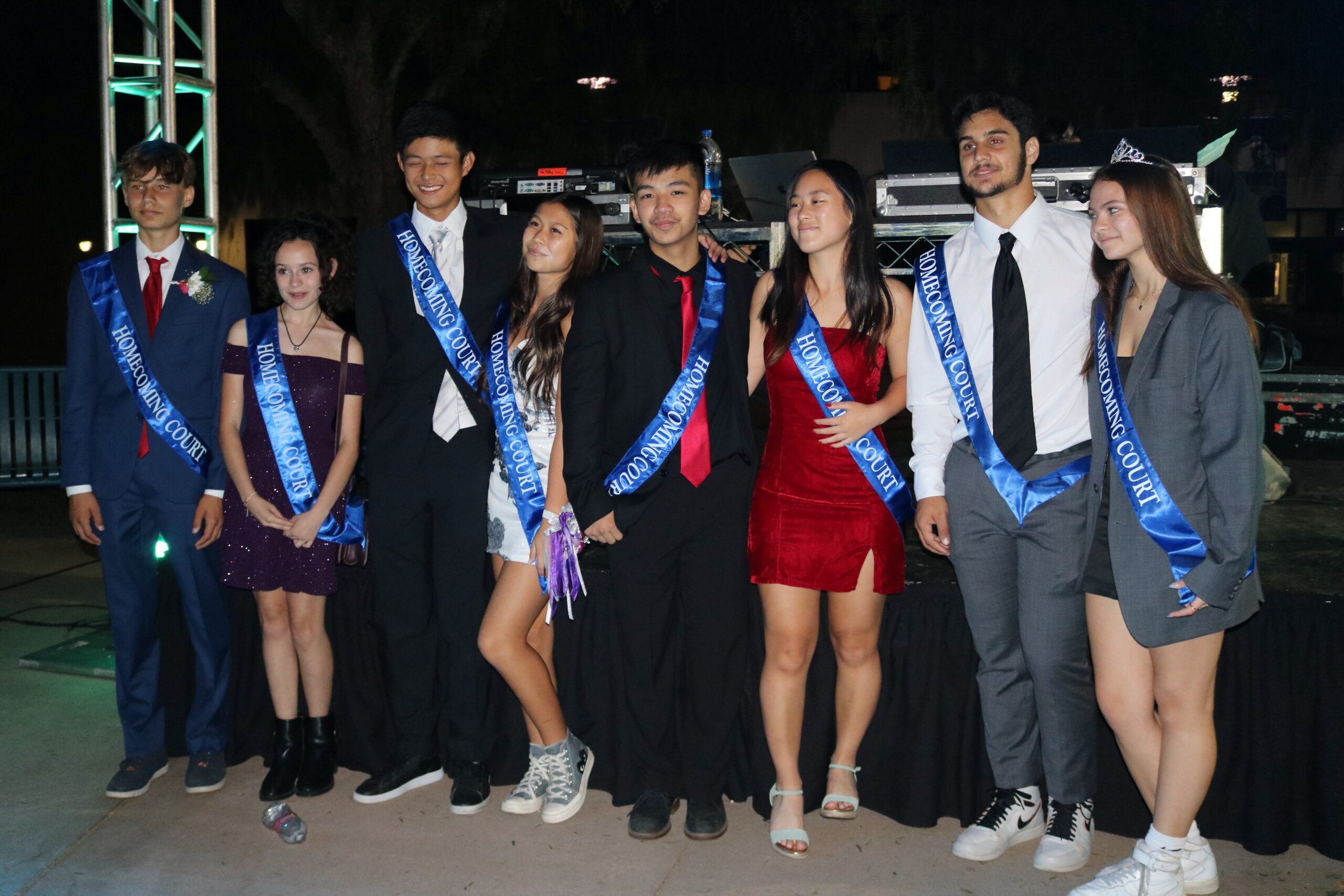 San Marino High School students recently dressed in formal attire for the Coronation Dance held on the campus quad.
Voting for the Homecoming Court remained open through the midway point of the evening, and the excitement to learn the results grew throughout the night. The final votes were tallied, and court members were announced by grade level.
Seniors Ryan Singhal and Alyson Garcia were crowned Homecoming King and Queen, marking their fourth consecutive year to be voted on to the Homecoming Court.