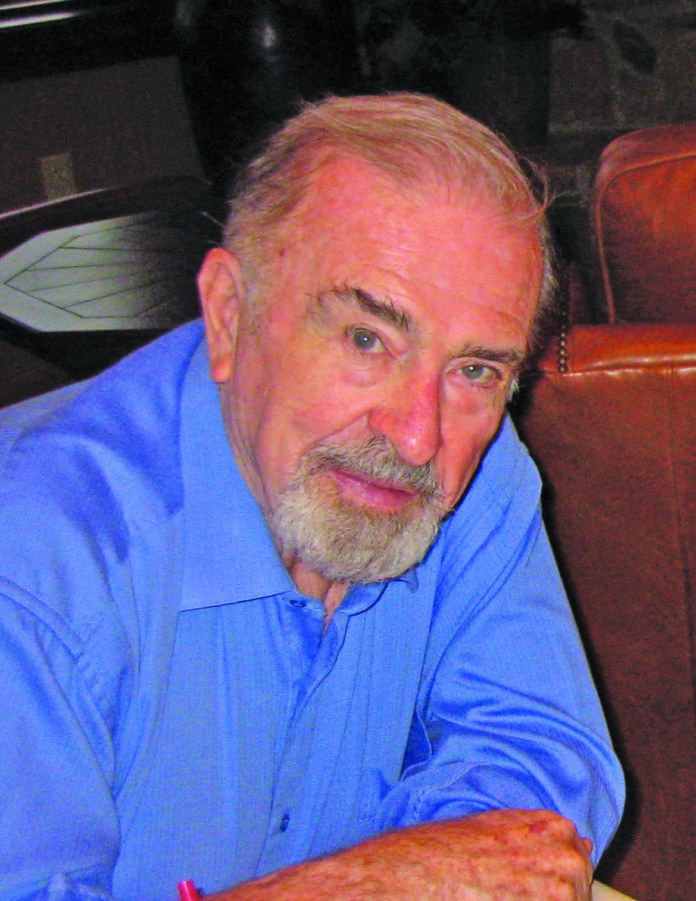 It’s rare to meet a man who’s done it all. From running with the bulls to driving race cars, Kelly was just that man.
Cornelius Bernard Kelly lll “Kelly” was born on September 23, 1931, in Cohoes, New York. He was a man of great adventure and traveled the world. He was a member of an elite group of officers selected to train the first class of cadets, later known as the Air Force Academy.
After 25 years of service, he retired as a lieutenant colonel receiving three purple hearts and a bronze star in Vietnam. Kelly worked in the Pentagon under two administrations. After retirement, he joined Atlantic Richfield, Arco as director of public relations and communications.
He married Arlene Holdforth in May, 1956 and they spent 61 years together before her passing. Together they raised six daughters and one son who remained devoted to him throughout his days. He is also survived by 11 grandchildren and four great-grandchildren.
Kelly was uniquely gifted with many talents. He was a masterful woodcarver and, in fact, his work is displayed at the Pentagon. He played many wind instruments, guitar and piano. He loved jazz music and classical guitar. Snorkeling and scuba diving were enjoyments while vacationing around the world. He was a voracious reader, published author and owned a bookstore in San Marino after his retirement from Arco.
Kelly was proud of his Irish heritage and enjoyed telling an old Irish tale.
Any donations may be made to the Gary Sinise Foundation at www.garysinisefoundation.org.
A graveside service with military honors will be held at San Gabriel Cemetery on Thursday, January 5th at 12 p.m.