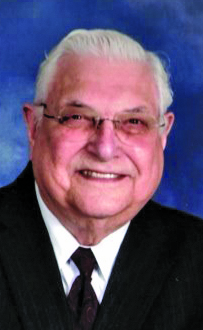 Dr. Carl Fredrick Milkie, 87, of San Marino, California passed away on Sunday, September 11, 2022.
He attended the Los Angeles College of Optometry, the University of Southern California and received his medical degree from the University of California at Irvine. He was certified as a fellow with the American Board of Ophthalmology and also served in the United States Navy Medical Corp with the rank of Lieutenant Commander.
Dr. Milkie served the community of Lynwood and countless patients from around the world in private practice for more than 30 years, providing excellent medical care. He maintained privileges at the nearby St. Francis Medical Center and eventually built a successful surgical center with his partner. Dr. Milkie was honored to be a member of the Medical Board of California, first appointed by Governor George Deukmejian and then reappointed by Governor Pete Wilson to another four-year term in 1991. During his tenure, he held a variety of leadership roles including president of the Division of Licensing as well as president of the Medical Board of California in 1992.
In the Middle Eastern community, Dr. Milkie served as national president and chairman of the Board of the Arab American Medical Association, trustee and member of the governing body of Beirut University College and board member of the Arab American Educational Foundation. Dr. Milkie was also instrumental in working with the Lebanese Ladies Cultural Society in the development and corporate governance areas. He especially enjoyed joining the Loafers for weekly lunches, always with jokes in hand and was a longtime member of the San Marino City Club.
Closest to Dr. Milkie’s heart was his beloved church, St. Nicholas Antiochian Orthodox Cathedral in Los Angeles. Over decades, he held various positions including advisory board member, chairman of the Maintenance Trust Fund, as well as summer camp doctor. He was chairman of the 1985 Parish Life Conference, as well as the 2001 Antiochian Archdiocese Convention, which included a patriarchal visit. He was also involved in numerous outreach ministries of the Orthodox faith, most recently as board member of Project Mexico.
Dr. Milkie was a dedicated and loving spouse to his wife, Leila Chammas Milkie; a cherished and wonderful father and grandfather to his four children and 10 grandchildren: Diana and Dan Nixon (Paige), Fred Jr. and Tanya Milkie (Dominick, Alek & Elisa), Edward and Zoe Milkie (Genevieve, Charlotte and Gwendolyn), Mary and Daniel Andrews (James, Christopher and Matthew); a caring brother to his sister, Lillian Ferris; as well as a devoted and welcoming presence in the lives of his many adored nieces, nephews, relatives and friends. He is predeceased by his first wife Nassima, daughter Leila, parents Emma and Carl, and brother Dr. George Milkie.
Everyone who knew Fred experienced his huge heart, capacity for laughter and joy and immense generosity. He loved fishing, singing, being a doctor, traveling, serving, family and faith. He fully enjoyed what he did and those he met in his days. He made the time to show up for everyone who reached out, providing compassionate, trustworthy and sound counsel always. He simply wanted to brighten lives and that he surely did. Dedication, loyalty, happiness and caring permeated him, and kindness felt like it was his middle name. We loved him deeply and will miss him greatly. We take comfort in knowing that Fred is now at peace surrounded by light.