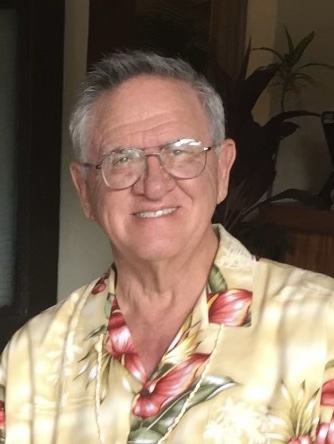 Joe was born on August 14, 1947, in Brooklyn, New York, to the late John Robert Edwards and Esther Marie (Lucas) Edwards. As a youth, he loved baseball and loved going to Brooklyn Dodger games with his Dad, many times going on the field to meet his “heroes.” He was devastated by the Dodgers’ move to Los Angeles, causing him to switch allegiances and becoming a lifelong New York Yankee fan instead.

After graduating from Cardinal Hayes High School in Bronx, New York, in 1965, Joe spent two years in the British merchant marines, after which he entered the U.S. Army in 1967, serving in Korea and Vietnam. He was severely wounded during a reconnaissance mission in Vietnam, earning him a Purple Heart, and his heroic actions earned him a Silver Star, Bronze Star and Vietnam Gallantry Cross with a Gold Star.

Taking advantage of the GI bill, Joe earned a Bachelor’s degree in economics from Hofstra University in Hampstead, New York in 1972 and a Master of Business Administration from Fairleigh Dickinson University in Teaneck, New Jersey in 1978.

Joe spent his career as a finance executive in the aerospace and defense industries. He particularly enjoyed the final years of his career working at AeroVironment in Monrovia, California, where he served as chief financial officer until 2002 and then as vice president and general manager of Energy Technology Center until his retirement in 2008. Joe was passionate about the company’s mission and traveled both domestically and internationally to promote the company’s alternative energy-related products to various industries and governmental agencies.

During his retirement, Joe took up golfing with his wife Melinda, joining the San Gabriel Country Club. In 2012, he became a deacon at the San Marino Community Church, a position he greatly cherished, allowing him to serve his community and congregation. Joe enjoyed reading, fishing, wine tasting, long conversations, and he had an interest in everybody and everything. He especially loved traveling with his family, taking them on camping trips through national parks and going on cruises through the Mediterranean, Baltics, Caribbean, Australia and more.

Joe will always be remembered for his warmth and kindness, witty humor and larger-than-life stories. He is survived by his wife of 36 years, Melinda; two daughters Kristen and Andrea Edwards; brother John A. (Eileen) Edwards; nephew John Edwards; nieces Karen (Robert Kubiak) and Michelle Edwards, Sarah (Chris) Greaves and Esther Edwards. Joe was preceded in death by his parents John and Esther Edwards and brother Thomas Edwards.

A memorial service will be held on October 22, 2022 at 11 a.m. at San Marino Community Church at 1750 Virginia Road, San Marino, California. Joe will be laid to rest in Arlington National Cemetery in Arlington, Virginia.