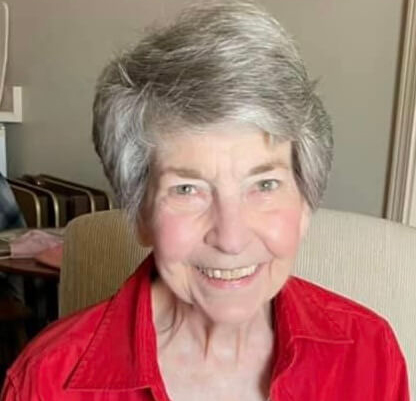 Date of Birth
May 4, 1936
Date of Death
October 16, 2021
After a lengthy illness, on October 16, 2021, Margaret “Ann” McQueen passed into eternal life, in her bedroom with her family close to her side. Ann was born on May 4, 1936, to Andrew Nathaniel Green and Mildred Olive (Yocum) Green in Tulsa, Oklahoma. She attended schools in Tulsa where she was raised. She was very involved with drama productions, very often landing leading roles. She continued pursuing her acting career at Tulsa University graduating in 1957. While at TU, she was in the Ki Omega sorority. After college, her intent was to go to New York and become an actress. Instead, she moved to Los Angeles where she continued to pursue acting, landing bit roles here and there. While working as a secretary at CBS she met her husband, Sherman John “Jack” McQueen. They were married on December 31, 1967. Jack already had two girls and Ann became an instant mother to Amy Lynn and Susan Marie. Living in San Marino, Ann became involved in many organizations, including PEO, Assistance League, National Charity League, PTA, Ikebana, San Marino League (president from 1999-2001), Huntington Library and Money Bags. In 2020, she and Susan moved up to Sequim, Washington, to be closer to Amy. While in Sequim, she continued to be involved in PEO and was on the food committee at Sinclair Place, where she lived. Ann is survived by her two step-daughters Amy Emett (James), and Susan McQueen. She had two grandchildren, Sherryll Emett and Bethany Chrisinger, along with four great-grandchildren, Travis Wehman, Izek Ibarra, Loralynn Chrisinger, and Jaycob Chrisinger. Ann’s husband, Jack, precedes her in death in Pasadena in 2019 after 51 years of marriage. A memorial service will be held at San Marino Community Church on Friday, Jan. 21 at 1:00 p.m. Ann will be interred in a private ceremony at Live Oak Cemetery, being laid to rest next to Jack.