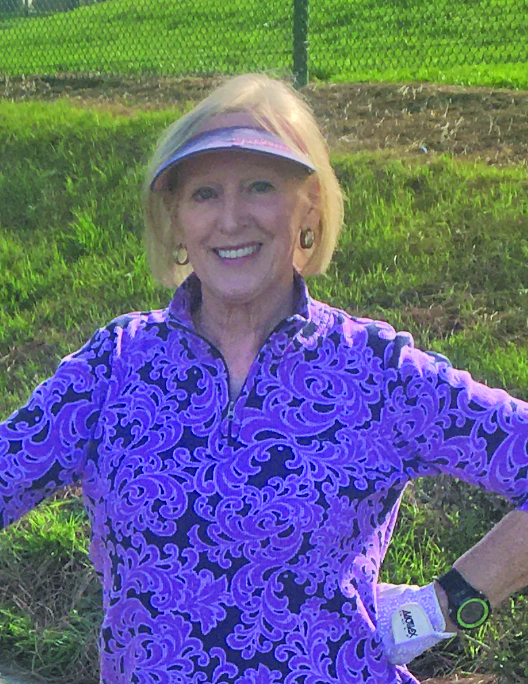 It is with great sadness that we announce the death of Marie Ryan after a three-plus year battle with cancer.
Marie died at home on Nov. 29 surrounded by family, as was her wish. We were blessed that she made it to Thanksgiving, where she met her new granddaughter, Juniper Marie, for the first time.
To say she’ll be missed is an understatement. Marie was the rock, the heart and soul, the matriarch of the Ryan family. She was always a model or steadfast loyalty to family and friends. She was a strong, independent, creative woman, always learning, constantly reading, and wonderfully adept with technology.
Marie was born in Belfast, Northern Ireland, in 1949. She immigrated with her family to Los Angeles in 1959. She went to St. Therese Catholic School and Alhambra High School.
Marie and Phil met at an Irish dance in Alhambra Elks Hall in 1969, got married in 1971 and in 1972 settled in the current home in San Gabriel, raising five children while Phil taught and coached at Bishop Amat High School and then San Marino High School.
Marie was the consummate devoted mom still finding time to plan multiple home renovations/extensions for the next 40 years. She was the mastermind and Phil the cheap foreign labor. It’s the home Marie has built in every way.
Marie was also a gifted musician. She played piano, guitar, mandolin, banjo and Irish harp. She had the ear for music and the patience to practice. Over the decades, she was the musician at so many family functions. She also used her musical and vocal talents on St. Therese and Our Lady of the Assumption contemporary choirs.
Marie always voiced a desire to go to college. So, when the family was raised, she went to PCC, then got a bachelor’s degree at Cal Poly Pomona and eventually a master’s through University of New England.
Marie got her special ed credential and taught special ed at Merwin Elementary in the Covina Valley School District for eight years.
While at PCC, she took up golf as her P.E. class. She had the temperament and patience to practice, watch videos and use various aids to hone her skills. She joined the Almansor Women’s Golf Club, made valued friends and won multiple championships.
When Marie was diagnosed with breast cancer in July 2019, she was accepted to the care of Dr. Stephen (Steve) Forman at the City of Hope. No doubt, she got the best care and expertise we could have wished for. Steve became more than a doctor; he became a friend who was there for Marie and Phil to the end. His kindness and that of his staff will never be forgotten.
Golf, a love of travel, and cousins all over the world gave Phil and Marie a chance to travel to Ireland, England, Scotland, Hawaii, Australia, New Zealand and up and down the West Coast.
Marie and Phil celebrated their 51st anniversary last August.
Phil considers Marie as the great gift in his life. She gave meaning to his life since their first meeting in 1969.
Marie is preceded in death by eldest daughter Clare Ryan Dudley in June 2017 and brother Sean in April 2022.
Forever loved and missed by daughters Eileen, Fiona Richardson (Chris), brothers Brendan (Alice), Patrick (Carrie), and Clare’s husband Rob Dudley.
Grandchildren Bella and Faye Richardson, Rory and Sadie Dudley, Hunter and Juniper Marie Ryan. Also, by multiple cousins in Ireland, England and Australia and around Southern California.
Through all the ups and downs of the last three plus years, Marie never once said “why me?” Her first comment to Dr. Forman was, “No matter what happens, I’ve had a wonderful life.”
And so many of us were blessed to have been part of it.
A Memorial Mass will be offered at St. Therese Catholic Church on Alhambra Road at El Molino on Saturday, January 7, at 10:30. All are welcome. It will be followed by a luncheon at Almansor Court from noon to 4 p.m. at 700 S. Almansor St. in Alhambra.