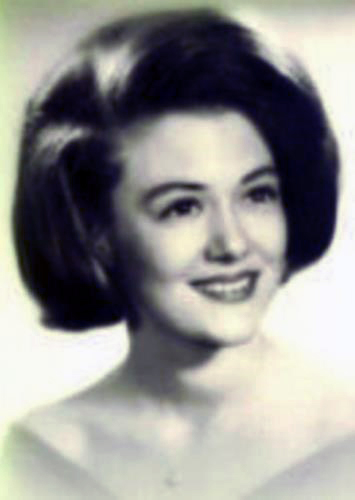 Date of Birth
June 8, 1944
Date of Death
January 20, 2022
Sheryl Duvall Zigmond (née Sheryl Lee Watts) died after a brief illness on January 20, 2022, at home in Boulder, CO, surrounded by her loving family. She was born on June 8, 1944, on Coronado Island in San Diego, CA. She spent her childhood in Chicago and then Los Angeles, where she graduated from University High School. She attended UCLA for two years before marrying and starting a family. While at UCLA, she was a member of Kappa Alpha Theta sorority. She raised her three daughters in San Marino, CA, and eventually moved to Boulder, CO, in 2007 with her husband, Ric. Remarkable in many ways, Sherry’s dedication to her girls was unwavering. As a single mother of three young children all under 6, she completed her education at UCLA and then pursued a master’s degree at Cal State LA an a Ph.D. in psychology at Claremont Graduate School. She was tenacious both in her studies and career, working as an investigator in the death penalty phase of criminal trials. She taught her girls to be strong and independent, as well as the power of compassion and empathy for the disenfranchised and minority populations that she encountered in her work as well as in daily life. She moved on to social work later in her career and devoted the next 10 years to the protection of children in unsafe environments. After she retired, she brought her knowledge to CASA and spent hours working as an advocate for children in the court system. Her final years volunteering were spent at Boulder Community Hospital, where she worked at the information desk both in the emergency room and the main lobby. Sherry will be remembered for her sharp intellect and keen interest in almost any subject. Not one to sugar coat the truth (at least as she saw it), she kept all of us, including her grandchildren, on our toes. An avid reader, she belonged to several book clubs and was also known to be a fierce competitor in bridge. Her grandchildren were an unending source of delight and pride for her. She worried over them and loved them in the same steadfast way she loved her girls. They also appreciated her no holds back honesty and always felt treated as an equal by their grandmother. Sherry is survived by her husband of 25 years, Ric Zigmond; her three daughters, Kristin Sanderson (Cle Elum, WA), Amy Wagner (Palm Desert, CA) and Karen Percival (Niwot, CO); six grandchildren Zachary and Nicholas Barker, Joey and Corinne Wagner, and Molly and Jake Percival; three stepchildren, Dana Zigmond, Sherri Halligan and Larry Zigmond along with their children; her sister Holly Reynolds (Fitchburg, MA), and her devoted dog Winston. She is also survived by former husbands Rowe (Sandy) Sanderson III of Houston, TX and James Duvall of Laguna Beach. A Celebration of Life will be held on Saturday, March 19, from 2-5 p.m. at the Boulder Country Club in the Fireside Room. In lieu of flowers, donations can be made to Meals on Wheels Boulder, Planned Parenthood or ASPCA.