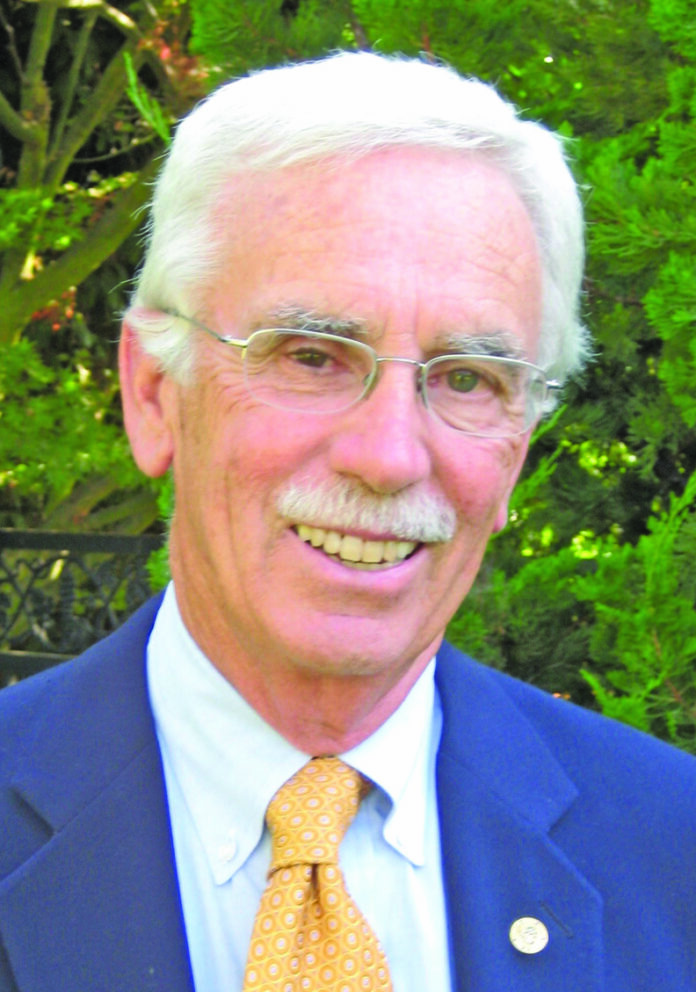 Terry Chapman passed away peacefully on November 24, 2022, surrounded by his family.
Terry was born on January 10, 1942, in Long Beach, California to Jerry and Dorothy Chapman, growing up in Compton, California. Terry attended Our Lady of Victory School, Serra High School, University of San Diego and Long Beach State University.
In 1965, Terry married Paulette Palmer. Their family grew with daughter, Jamie, and sons, Greg and Jeff. They moved to Pasadena in 1970 and their children attended school in San Marino.
Terry enjoyed many activities with his children, which included riding horses with his daughter, Jamie, playing and coaching baseball with his son Greg, and being a scoutmaster with his son Jeff.
Terry enjoyed a wealth of friends that he met through his children’s schools, as well as through other community and civic engagements. He was a mentor and a supporter of the causes close to his heart.
Terry never really retired from professional life and enjoyed many active pursuits. Terry founded an insurance brokerage, Chapman & Associates, in 1973 and grew the company to the largest independent firm specializing in nonprofit social service organizations in the country. He was an avid horseman with Saddle and Sirloin, Vaqueros del Desierto, and Los Caballeros. Terry was a member of San Gabriel Country Club and was heavily involved with Pasadena Tournament of Roses, since 1970, and the Optimist Club. He enjoyed traveling to Ireland, Canada, Mexico, Belize and Italy with his family and friends.
Terry lived by the mantra “be kind to all.” He was a member of Knights of Malta, a Catholic organization supporting the sick, aging and homeless, and escorted the sick on pilgrimages to Lourdes, France. He supported many organizations including Catholic Charities, Taking the Reins, Optimist Youth Homes, St. Anne’s Family Services, Homeboy Industries and Catalina Island Conservancy.
In addition to his legacy of service and kindness, Terry is survived by his three children, Jamie, Greg, and Jeff; his son-in-law, Bobby Johnston, daughters-in-law, Kristin Chapman and Lisa Nicola, and his six grandchildren, Reese, Harper, Luke, Nico, Byrdie, and Ryder. He will also be missed by his sweetheart, Dianne Stone.
A memorial mass will be held on December 10, 12 p.m. at Saints Felicitas & Perpetua Church in San Marino. In lieu of flowers, donations are requested to be made in his memory to the Catholic Education Foundation of Los Angeles.