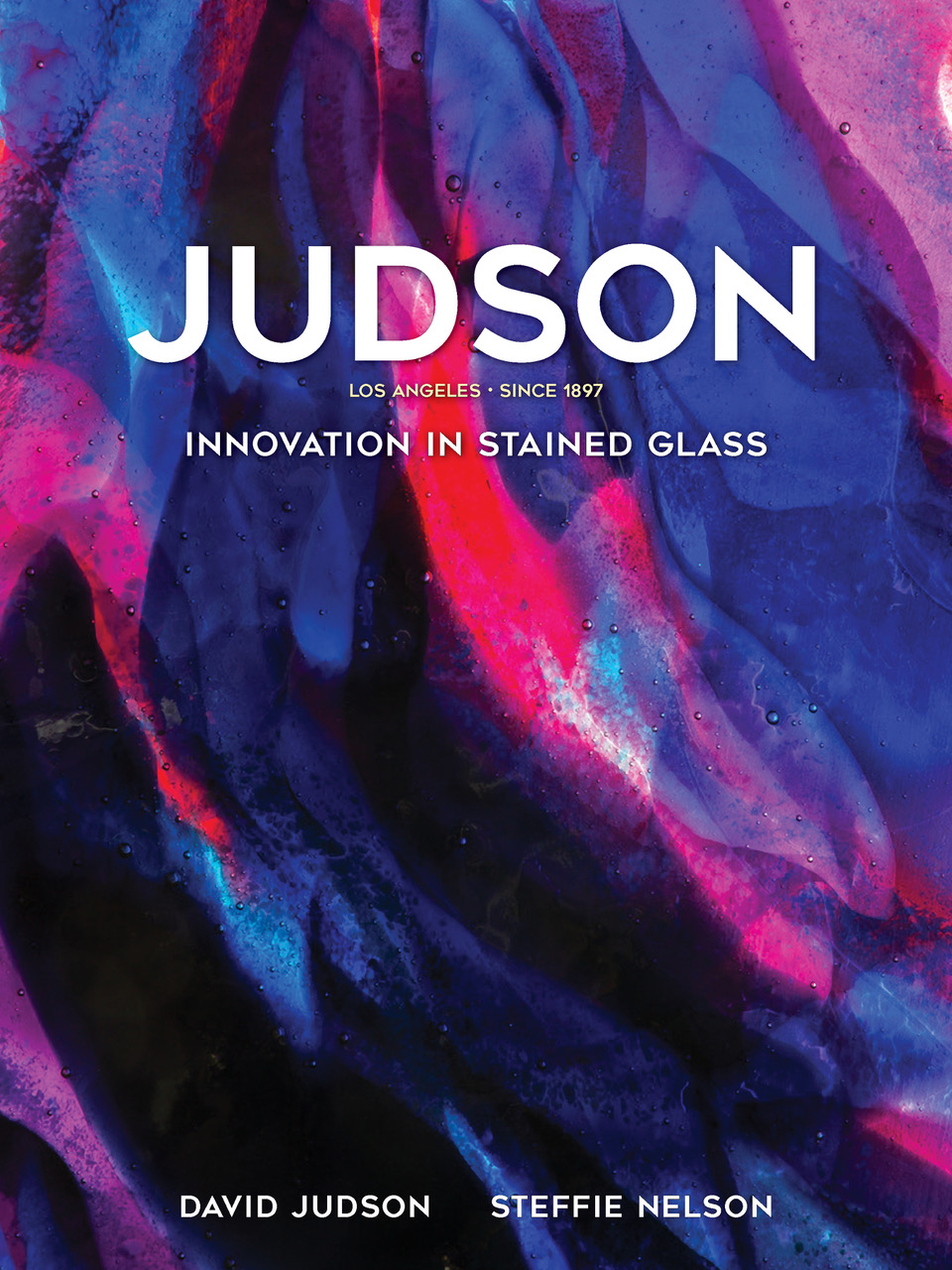 JUDSON: Innovation in Stained Glass  by David Judson is a history of the world-renowned family of artisans who began crafting stained glass windows in Los Angeles in 1897.

Five generations of Judsons have worked with artists, architects, and designers to create Old World-style stained glass whose quality and craftsmanship has often been compared to the work of Louis Tiffany. Famed for its Craftsman glass, Judson arts-and-crafts era windows have been celebrated by experts in the field for decades. Judson’s work with Frank Lloyd Wright on Hollyhock House in the 1920s was recently re-saluted when the house was named to the UNESCO World Heritage Sites list. Established in Pasadena during the heyday of the Arroyo Culture, headquarters of Judson Studios are still housed in the original Craftsman-era home and studio of patriarch William Lees Judson.

Much of Judson’s finest early work was installed in religious buildings. Along with the studio’s numerous institutional and residential projects, JUDSON: Innovation in Stained Glass illustrates fine work in churches dating back to the early twentieth century. Modern work is also featured, including the extraordinary Air Force Academy Chapel in Colorado Springs, completed in 1962, a mid-century wonder whose soaring panels of color introduced an architecturally mesmerizing approach to stained glass that had never been executed before. In 2018, under David Judson’s leadership, the studio created the world’s largest fused glass window for the Church of the Resurrection in Leawood, Kansas. Including 140 panels, and measuring more than 3,400 square feet of art glass, the window made news internationally, intriguing congregants, tourists, and stained glass experts alike with its precision detail and artful melding of colors in a mural that depicted both sacred and secular stories.

David Judson is president and owner of Judson Studios, the fifth generation of the Judson family to operate the studio since it was founded in 1897. In 2015, David expanded the studio operations to a second location to incorporate fusing capabilities to the firm’s offerings and open its studios to fine artists interested in working with glass. Currently, David is the president of the Stained Glass Association of America (SGAA) and lives with his family in Pasadena, California.

For more information about the event visit https://www.cityofsanmarino.org/calendar.php.

For more information about the book visit https://www.angelcitypress.com/products/juds.