Dr. Alex Cherniss, the departing Superintendent of the San Marino Unified School District, made his final public remarks regarding his 4-plus-year tenure at Tuesday evening’s Board of Education meeting at the district office.

Cherniss, who has accepted a new position as Superintendent of Schools for the Palos Verdes Peninsula Unified School District, thanked the school boardmembers for their confidence in him and attributed much of the SMUSD’s success to the efforts of his cabinet.

“Over the past four years, we have done some great things, some of which are attributed to the ideas I have had,” Cherniss said. “But there are many people with great ideas. The difference here – the difference in the case of having true success – is having people who can carry out your ideas. I have been a school administrator for almost 15 years, and I can tell you that the people here are some of the best I’ve ever worked with.”

Those cabinet members – Assistant Superintendent of Human Resources, Linda de la Torre, Assistant Superintendent of Business Services, Julie Boucher, Chief Technology Officer, Stephen Choi, and Director of Education Jason Kurtenbach – will now be led by Interim Superintendent Loren Kleinrock. Kleinrock, who previously served as superintendent from 2011-14, was appointed during a closed session meeting on Sept. 14. School Board President Shelley Ryan explained last week that the interim appointment will allow the newly configured board to choose a permanent replacement after the Nov. 6 election, when three seats will be contested. 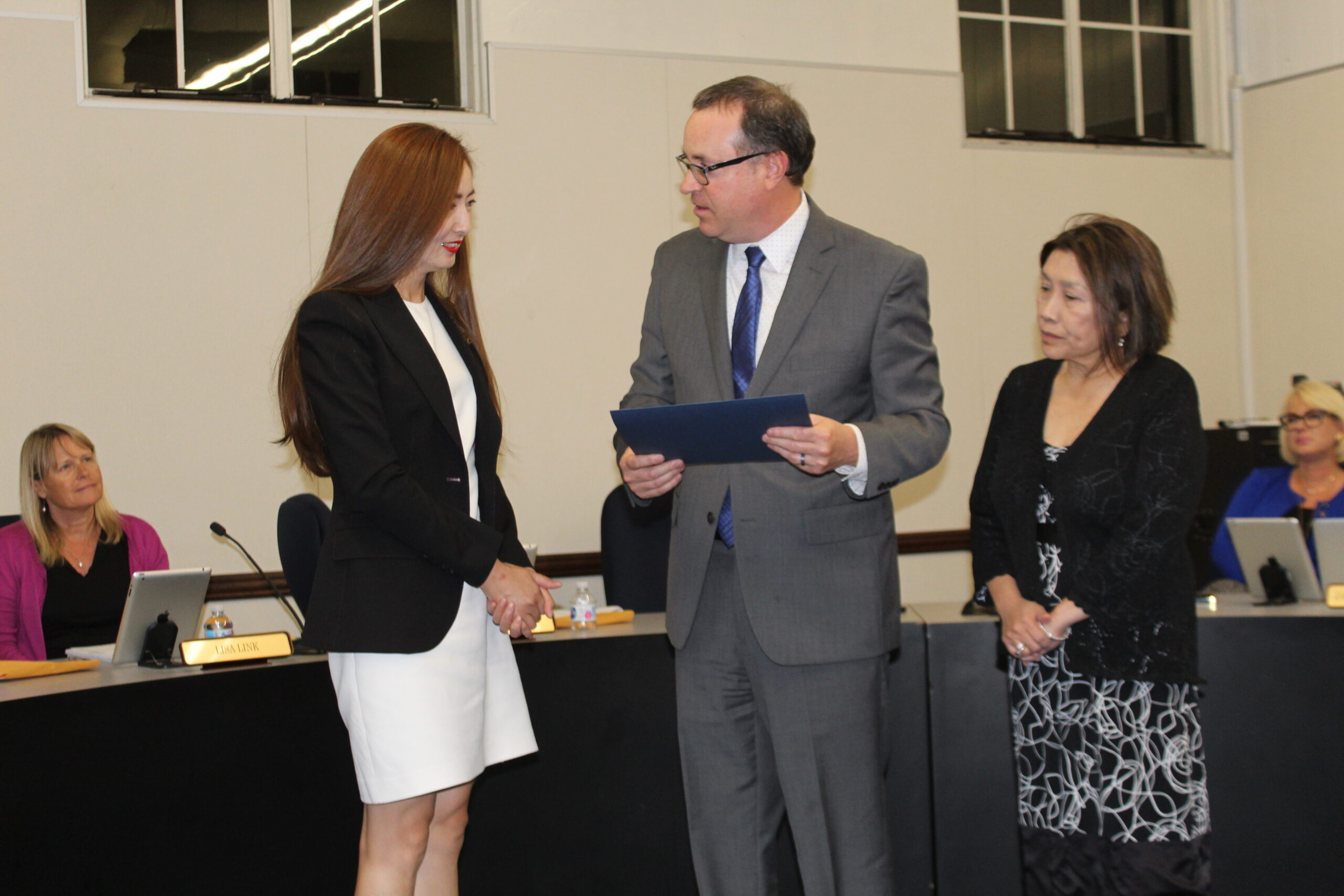 At the conclusion of his remarks, Cherniss thanked Kleinrock, who was in attendance Tuesday, for making the transition possible.

“I want to thank Loren for stepping up and agreeing to come back,” Cherniss said. “This community owes a great debt to you.”

In a statement provided to The Tribune in late-August, Cherniss said of his new post in Palos Verdes Peninsula Unified, “This is a tremendous opportunity for me and my family, both personally and professionally.” Palos Verdes Peninsula Unified said of its selection of Cherniss, “In the 3,000-student San Marino district, Cherniss has overseen the state’s #1 academic achieving school district throughout his tenure.”

Tuesday evening, School Board Vice President Lisa Link travelled back in time to the start of Cherniss’s tenure, praising the superintendent for his financial expertise and his vigorous commitment to San Marino’s high academic standards.

“Looking back in time when you were hired, the district was coming out of some very difficult financial times. One of the reasons we hired you was you brought skills and knowledge of how to navigate the state and county systems. Another reason was we needed to continue our commitment to world class education for our students. And you have the enthusiasm, energy and vision to guide this district through changes in curriculum, testing, technology, etc., etc.,” Link said.

“Actually, there were times you had too much enthusiasm and we had to slow down. But just think of all you could have and would have done had the district had the financial resources that other districts have. So, when we look at all that’s been accomplished in the last four years, with limited resources, I think that you, the board and all district employees, as well as the community, should be very proud.”

Following Link’s remarks, Ryan said of Cherniss’s leaving, “It’s bittersweet for me, Alex, as I’ve really enjoyed working with you. Thank you for your leadership and vision, just really understanding how to serve our children and really utilizing the resources we have within our community and continuing to build our community.”