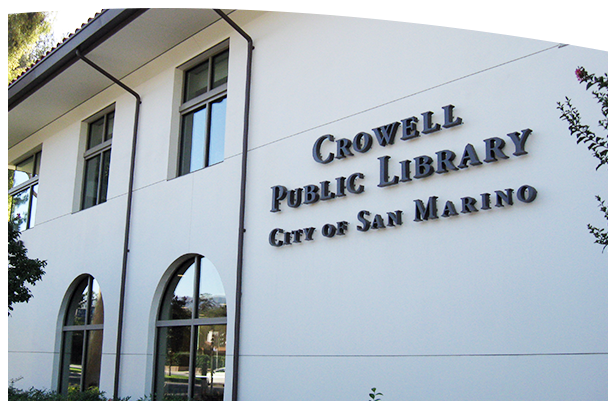 For the monthly town hall series on Monday, May 6 at the Crowell Public Library, the city of San Marino held an educational presentation on managing peafowl, mosquitoes and coyotes within the city. The city provided tips—and tricks—to mitigate their impact while respecting their native presence in the area.

“The reality is they’re all here to stay,” said City Manager Dr. Marcella Marlowe. “They’re all in our neighborhoods and to varying degrees, we are the interlopers, not them. To try to mitigate the situation for your comfort requires compromise with their natural cycles, and so there’s certain things we can do and we can’t do, and if we move in the direction of some of those things that we shouldn’t be doing will bring a lot of unwanted attention onto San Marino really for all of us, so it is in our best interest to find ways to make the situation better for the residents without going too far to the extreme.”

Aldo Cervantes, director of planning and building, shared that the city has trapped and relocated 45 peafowl to Ventura County in the last year with traps in the northeastern section on Bonita Avenue, Fairfield Place, Gainsborough Drive, Santa Anita Avenue and Sierra Madre Boulevard. He noted that the program has been temporarily suspended due to the breeding season that is currently underway.

“It is an inhumane process to trap and relocate peafowl and peahens during the breeding season, so we do stop it on purpose,” Cervantes shared. “We stopped it about two days ago. We’ll be picking up that program at the end of summer.”

For mosquitoes, Kelly Middleton, director of community affairs for the Greater Los Angeles County Vector Control District, explained that a new invasive mosquito called Aedes moved into San Marino and the surrounding area within the last few years, noting it as a “big game-changer.” The Aedes mosquitoes are black and white, about a quarter of an inch long, and also smaller than the other primary Culex mosquitoes, which are brown and about a half an inch long. The Aedes transmit Zika virus, Dengue fever, yellow fever, chikungunya and canine heartworm. The Culex mosquitoes transmit the West Nile Virus, St. Louis encephalitis and Western equine encephalomyelitis.

As the entire cycle from when the egg hatches to the adult mosquito is five to seven days in the summer months, she stressed a critical need for residents to monitor their properties and dump containers that may hold untreated water.

“So when we talk to you guys and you hear all the time about dumping your water and checking your property every week, that’s why because their life cycle is very quick,” said Middleton.

Middleton suggested wearing effective and long-lasting repellents while outside with proven EPA-registered active ingredients including DEET, IR3535, oil of lemon eucalyptus and picaridin. The report noted that experts suggest 25 percent or higher concentration of those ingredients for Aedes mosquitoes.

For prevention, tip and toss containers that hold water, wear insect repellent and keep screens on doors and windows and share the tips with family and friends. Mosquito issues should be reported to Vector Control at reportmosquitoes.com. For more information, visit GLACVCD.org.

For coyotes, Amanda Fowler, assistant to the city manager, said that they’re increasing becoming more accustomed to living with people and feeding off human food within trash as well as attacking pets when they’re alone or far enough away from humans.

“Obviously we know, too, coyotes will unfortunately eat our small pets and that’s been a change as well,” said Fowler. “They’re more confident eating cats and small dogs, and unfortunately they’re able to leap fences as high as 8 feet which is the typical length of a backyard fence. So we have to be proactive in thinking about things we can do to keep them out of our yards.”

Fowler noted it’s “extremely rare” for coyotes to attack humans, and it typically only happens when a human is trying to rescue a pet from an imminent coyote attack. She suggested keeping trash in high-quality containers with tight fitting lids, secure the yard with motion detecting lights that make sound when activated or motion sensing water sprays, trimming dense shrubs where coyotes may hide, securing pools with a tall and secure gate, not leaving water dishes out and adding roller bars or wire extenders to the top of a fence to deter coyotes.

Attacks on a free-roaming small cat or dog are considered normal coyote behavior and do not indicate a danger for people. Pets should be kept supervised in backyard areas or on leashes short than 6 feet while walking.

“To a coyote, as long as they’re 6 feet away, that’s basically an unsupervised animal, so think about that when you’re in your own yard and how far away you are,” said Fowler. “If you have a big yard and your dog is on the other side, to a coyote that’s no different from a dog being unsupervised.”

If a coyote is spotted and you are walking with a small child or animal, the city suggested you pick them up and remove yourself from the area. Hazing is also a successful technique to discourage coyote behavior including making coyotes uncomfortable with yelling or water sprays, being aggressive, throwing sticks or rocks at them and making yourself look large, maintaining eye contact and backing away slowly.

There is a reporting form on the city’s website on the police department page. If it is an emergency and you feel directly threatened, call 911 immediately. For a coyote that is sick or injured, contact the Pasadena Humane Society’s 24-hour emergency hotline at 626-792-7151.