The soundtrack was straight out of the ’70s and featured Boston, Journey and Lynyrd Skynyrd, with a dash of Sister Sledge tossed in for good measure. The event? A creative yet increasingly familiar “drive-by” celebration, this one acknowledging the retirement of three iconic Carver Elementary School educators who were wrapping up their stellar careers.
Maps were distributed for the conga-like car line that snaked through San Marino and San Gabriel and ended up where just about everything ends up these days: on a huge Zoom call.
Martha McInnes, Ann Matthiessen and Karla Domier stood alongside spouses and family members in their front yards as a combined 85 years of memories cruised past, accompanied by the requested soundtrack mentioned above.
Already an experienced teacher, McInnes joined the San Marino Unified School District in 1998, teaching at both Valentine Elementary School and Carver through the years. She volunteered at Carver, where she was in the classrooms of her four children: Alesandro, Christian, Thomas and Margaret. 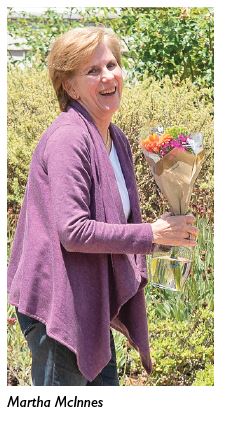 McInnes, who teaches 2nd grade, is loved and respected by her students because she has shown them how much she loves and respects them. “Almost every time we would talk, I could see how well Martha knew each child in her class, whether it was a recent reading assignment, a playground issue or trouble at home,” said one former principal. “She carefully analyzed and thought deeply to pinpoint the best ways to support and guide each child.”
McInnes looks forward to enjoying more time with her husband, Albert, and grandchildren.
Ann Matthiessen, nee Morzov, a product of San Marino schools herself, is retiring after 25 successful years in Carver’s resource specialist program. Educating small groups of students, Matthiessen taught every subject at all grade levels. She always went beyond the academics, supporting students during social strife, difficulties on the playground, and growing pains.
Matthiessen’s dedication to Carver was honored by the PTA with the prestigious Golden Nugget Award in 2010. This is a match to the Heart of Gold Award bestowed upon her for many years of volunteerism at Valentine, where she was active when her children, Jenny and Greg, attended. Not only is Matthiessen ending her career in the same classroom where she attended Carver’s 5th grade, she also holds the record for attending the most Carver Carnivals, from the time she was a student. As she retires, she looks forward to time with her husband, Mike, and her grandchildren, and going to the next Carver Carnival.
Karla Domier, nee Miner, celebrates a 39-year career teaching in San Marino at both Valentine and Carver. She is an alumna of Valentine, Huntington Middle School and San Marino High School. Her children, Erin and Ryan, also attended San Marino schools and graduated from SMHS. 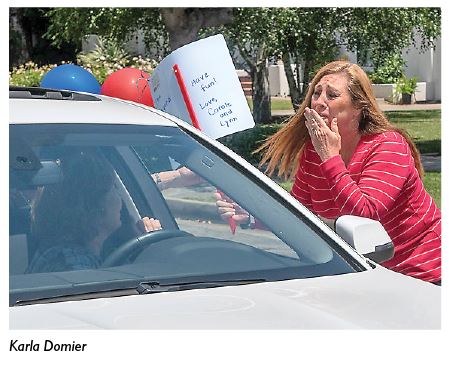 Domier, who teaches 1st grade, has led numerous committees for curriculum development and adoptions, holiday programs and the Thanksgiving feasts. She’s volunteered for PTA, San Marino Teachers Association and special teaching assignments, including mentoring student teachers. Former students often visit Domier and especially enjoy seeing her at SMHS Grad Night sign-in, where she volunteers every year.
Domier’s personal enthusiasm and positive approach is evident every day. She sparks her students’ zest for learning and each of her students knows that they are special in her eyes.
Domier retires as SMUSD’s teacher of the year, a richly deserved honor. She has also been honored by PTAs over the years with the Golden Nugget and Honorary and Continuing Service Awards. Domier looks forward to retiring, spending more time with husband Steve and granddaughter Willa.