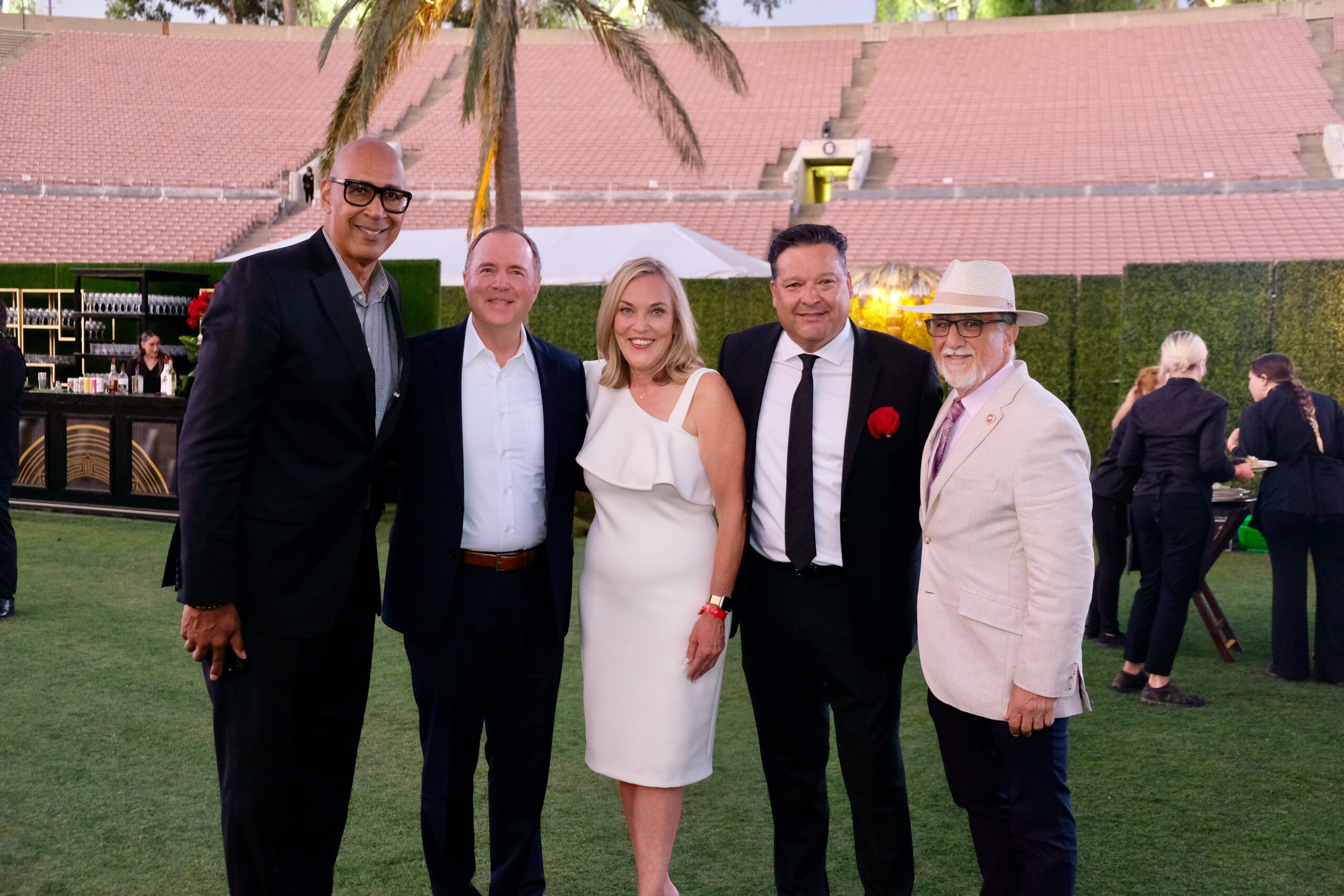 First published in the Aug. 25 print issue of the Pasadena Outlook.

Photos by Larissa Althouse and Rose Bowl Stadium
The Outlook

The Rose Bowl Legacy Foundation held its Party of the Century gala to celebrate the 100th anniversary of the iconic stadium, which opened in 1922.
The event, which was held on the stadium’s field and attended by 1,200 supporters, raised a whopping $2.1 million and is already regarded as one of the finest gala fundraisers in the city’s history. Western Asset served as the presenting sponsor.
“Thank you to the fabulous co-chairs, Angel Throop and Angie Miller, as well as Kelli Gill on the Legacy staff, who undertook this event for our internal team,” said Rose Bowl Chief Development Officer Dedan Brozino. “A paddle raise component led by our Board Chair Mickey Segal ended up totaling close to $800,00 in support of a new, refreshed marquee sign to keep our signature piece at the stadium refreshed and alive for generations to come.
“From the eight-plane flyover at the start, to the crowded dance floor that took us deep into the night, the event was emblematic of what the Rose Bowl stands for: another big, iconic moment.”