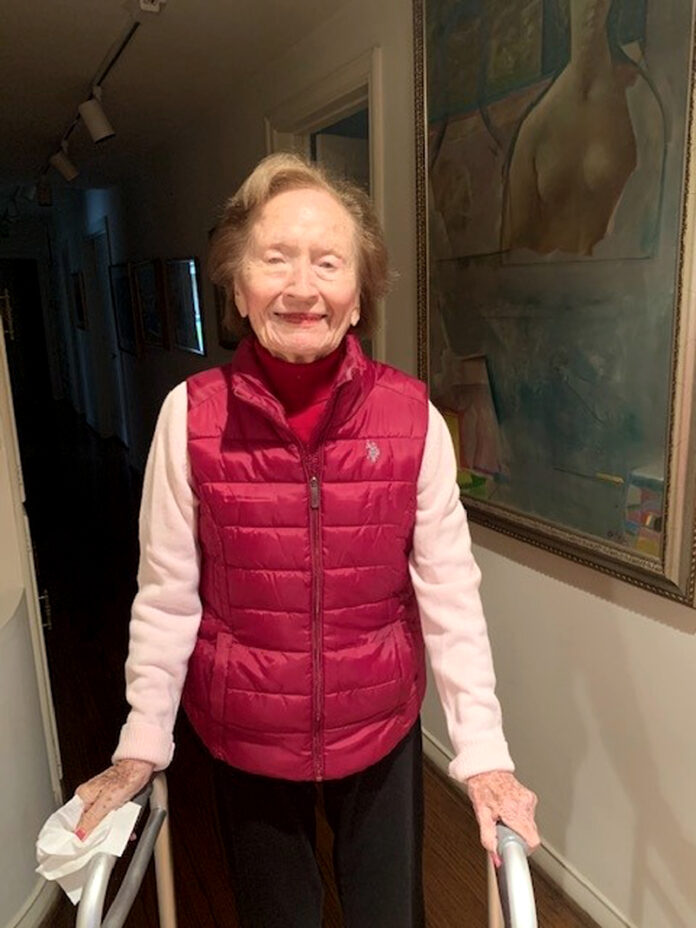 Mayme Lou Stevens Bruce passed away peacefully on September 20, 2022. Maybe Lou, better known as Stevey, was born on April 22, 1924 in Claremont, California. She grew up there and attended Pomona College where she met her husband, James Stuart Bruce.  They married and raised three daughters in San Marino, California where they lived their entire lives.

Stevey was active with her community, church,  and volunteered in a variety of charities. Stevey and Stu are probably best remembered for their remarkable travels and adventures to remote locations around the world where they would film primitive cultures and their customs. They c0-wrote several books about these experiences.

Stevey is survived by her daughters and their families, Connie and Bob Whitman, Vicki and Burr Ross, Carolyn and Carl Knutson, seven grandchildren and seven great grandchildren, as well as a devoted contingent of nieces and nephews.

A memorial service will be held at a later date.