Patrick’s Tree Will Soon Be A Reality 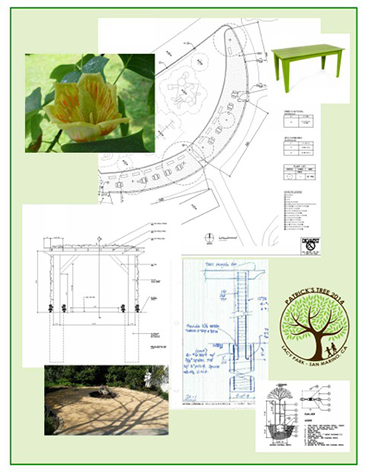 Patrick Martin spent his last days with family at Lacy Park, but as his children played on the playground he had to watch from a distance.

The late Patrick, a husband and father who passed away in 2012 after a battle with leukemia, could not be in direct sunlight because of chemo and radiation, and there were no benches that had shade near the playground. Patrick’s family – his sister Colleen Martin McGuiness and his wife Danielle Martin – decided to bring shade to Lacy Park in Patrick’s memory.

“This is definitely something he would have supported and been behind,” said Danielle Martin, stating

Patrick was very connected to forestry and in bringing more greenery to spaces.

The playground will soon have a large new tree, referred to as Patrick’s Tree, as well as a new arbor structure similar to the rose arbor entrance. Dirt will be removed and decomposed granite will be installed. The playground will also have a new fence along its edges plus a drinking fountain, picnic tables and benches.

“It’s very rewarding and very overwhelming,” Danielle said. “I think it will be something most people stop [at] and say ‘oh wow.’”

City Council approved the project idea in September of 2014, and Patrick’s family began their fundraising campaign soon after. Danielle Martin and Colleen Martin McGuiness, in partnership with the Southern California Children’s Museum, ended up raising approximately $113,000 in total including a $10,000 donation from Rotary.

Their kick-off was held in November at Lacy Park – a Race for Shade FUNdraiser – sponsored by Southern California Children’s Museum. That alone raised $40,000. Donations from family, friends and corporate sponsors such as Whittier Trust, Well Fargo and Dacor helped, too.

Danielle said a big “thank you” needs to go out to everyone who supported the project and donated.

Construction was planned to coincide with the closure of Lacy Park for the inner loop project. However, the first bid for the construction had to be rejected because it was too much money. The city revised the scope of work taking out one tree and a hedge with irrigation there, Schaefer said. It was bid out again. E.C. Construction Co. was awarded the bid at $108,134.

“I think it’s great,” said Schaefer. “We’ve been on kind of a roll at Lacy Park.”

He added that all these improvements – Patrick’s Tree, playground renovations, the inner loop and upcoming restroom renovations – are great assets to Lacy Park.