The proposed teardown of a one-story home at 1865 Rose Avenue was continued by the Design Review Committee at its meeting last week.

“It does seem really, really large because of so much roof facing the street with no other design elements,” said Alternate Member Judy Johnson-Brody, noting that she did not have any issues with the proposed home’s French Cottage design.

“When I looked around the neighborhood, I only saw a couple homes that were two story,” Johnson-Brody observed.

“A little bit of articulation would go a long way,” suggested Alternate Member Chris Huang, noting that a great deal of the proposed home appeared to be the same color.

“This house is visually massive in light of the neighborhood that it is in,” added Committee Member Corinna Wong. “Most of the houses are single story.”

Vice Chairperson William Dietrick agreed that the proposed home appeared massive. He stated that the neighboring home, despite being a two-story home, was smaller in mass and scale.

“This house is much deeper and wider and you have that big, massive roofline inbetween the two gables there. I think you should consider changing the roofline to something a little more aesthetic,” Dietrick suggested.

“In order to make the two story appear as a one story, unfortunately that hasn’t been achieved because it is massive,” noted Committee Member Kevin Cheng.

Committee Member John Dustin had a long list of reservations, addressing everything from the home’s symmetry to its windows.

Aware of the wide variety of suggestions made by the committee, Johnson-Brody noted, “Our job is to give feedback so that the homeowner and the architect can go away with, hopefully, a clear understanding.”

“I think we have presented a lot of feedback that isn’t necessarily in accordance with each other,” she added, noting that the committee should narrow in on finishes, consistent windows, and whether the home should be one or two stories.

“We really don’t provide design solutions,” Chairperson Frank Hsu responded. He suggested that the architect “start from scratch, looking at the massing, the articulation of the architectural features that’s consistent with the [French Cottage] style.”

The committee will revisit the home’s design at its Nov. 2 meeting.

The DRC unanimously approved a first and second-story addition and remodel for a Spanish Colonial Revival home just north of California Boulevard.

The committee commended architect Rob Tyler of TGA for his proposed improvements to the home, but added three conditions to its approval. 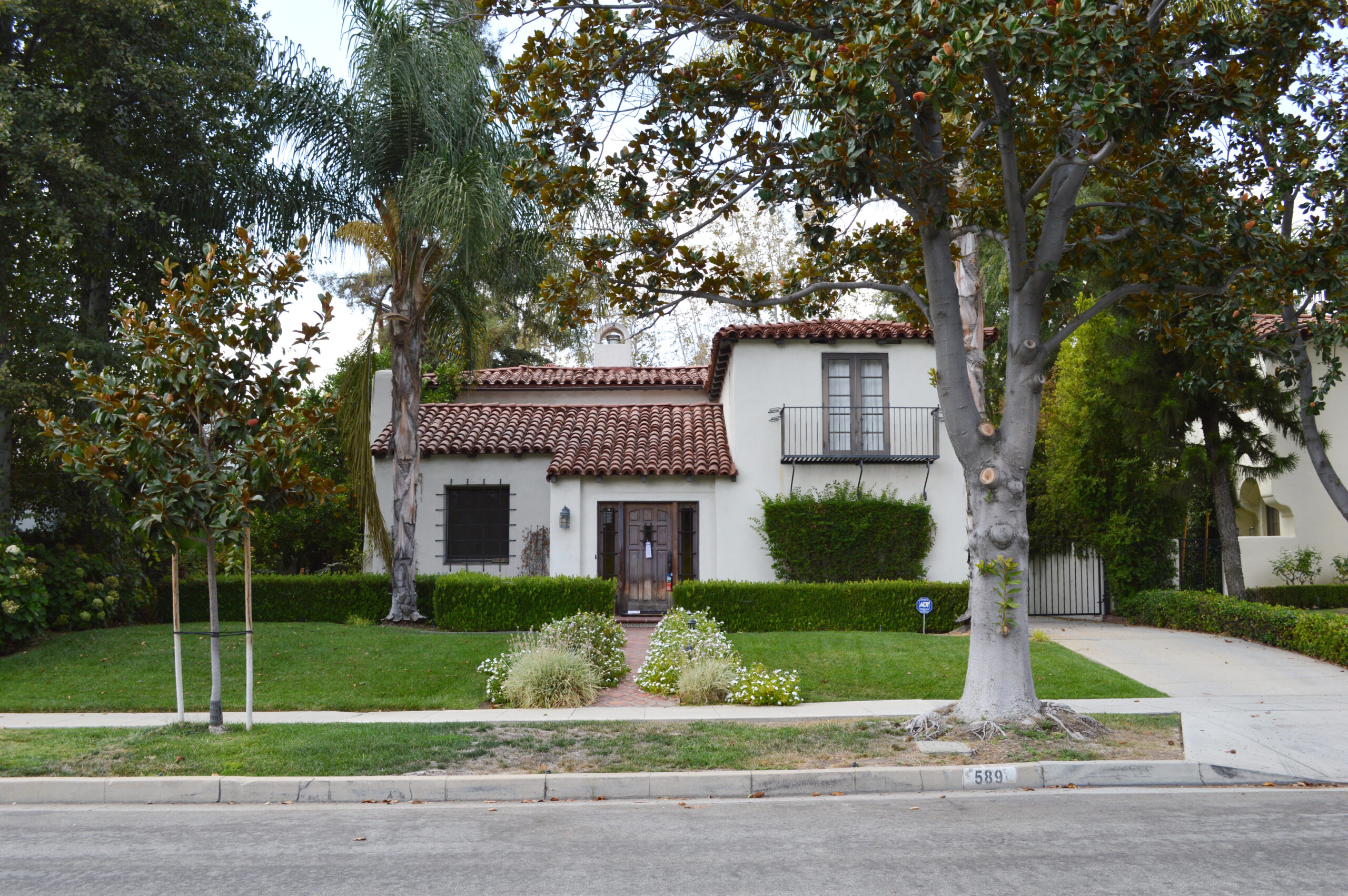 Then, they requested that Tyler work with city planning staff to select a more muted white shade of paint to better match the home’s existing color.

Lastly, they requested that a proposed two-foot high wall be built four feet closer to the home, which would place it 19 feet away from the street.

“This is not a wall that is facing the sidewalk. It is not a wall that says ‘don’t come in’ or ‘you’re not welcome here.’ I believe it is a character building, beautiful wall,” said Alternate Member Judy Johnson-Brody, noting that a wall is characteristic of a Spanish style home.

Committee Member Corinna Wong said the wall would detract from San Marino’s “open and park-like feel,” stating that she thought the wall would add a “visual barrier.”

Committee Member John Dustin agreed that the wall would create a “closed-off feeling,” concurring with Wong’s observation that earlier approved walls have been closer to the home and farther away from the street.

“If you tuck it in a little closer, I think it would be a nice feature,” said Hsu.

Suspecting that the wall would be largely covered by proposed trees and shrubbery, Vice Chair William Dietrick expressed a greater concern about the size of the addition.

“You’ve got to be careful when you build it because you’re within two square feet [of the maximum allowable square footage,]” he said.

The DRC unanimously continued a proposal to construct a two-story addition and detached two-story, two-car garage at the rear of the property.

The proposal would leave the front façade of the home unchanged, keeping an attached one car garage, but replace the existing non-compliant 14-foot-wide two-car garage with a new two-car garage.

Architect Alex Cheng explained that the lower level of the new garage would include a patio space that opens up to the pool area.

He added that the addition will create a courtyard to preserve a large oak tree, which is proposed to be at the center of that courtyard. Cheng had also submitted a tree protection plan, which was reviewed by City Arborist Ron Serven. 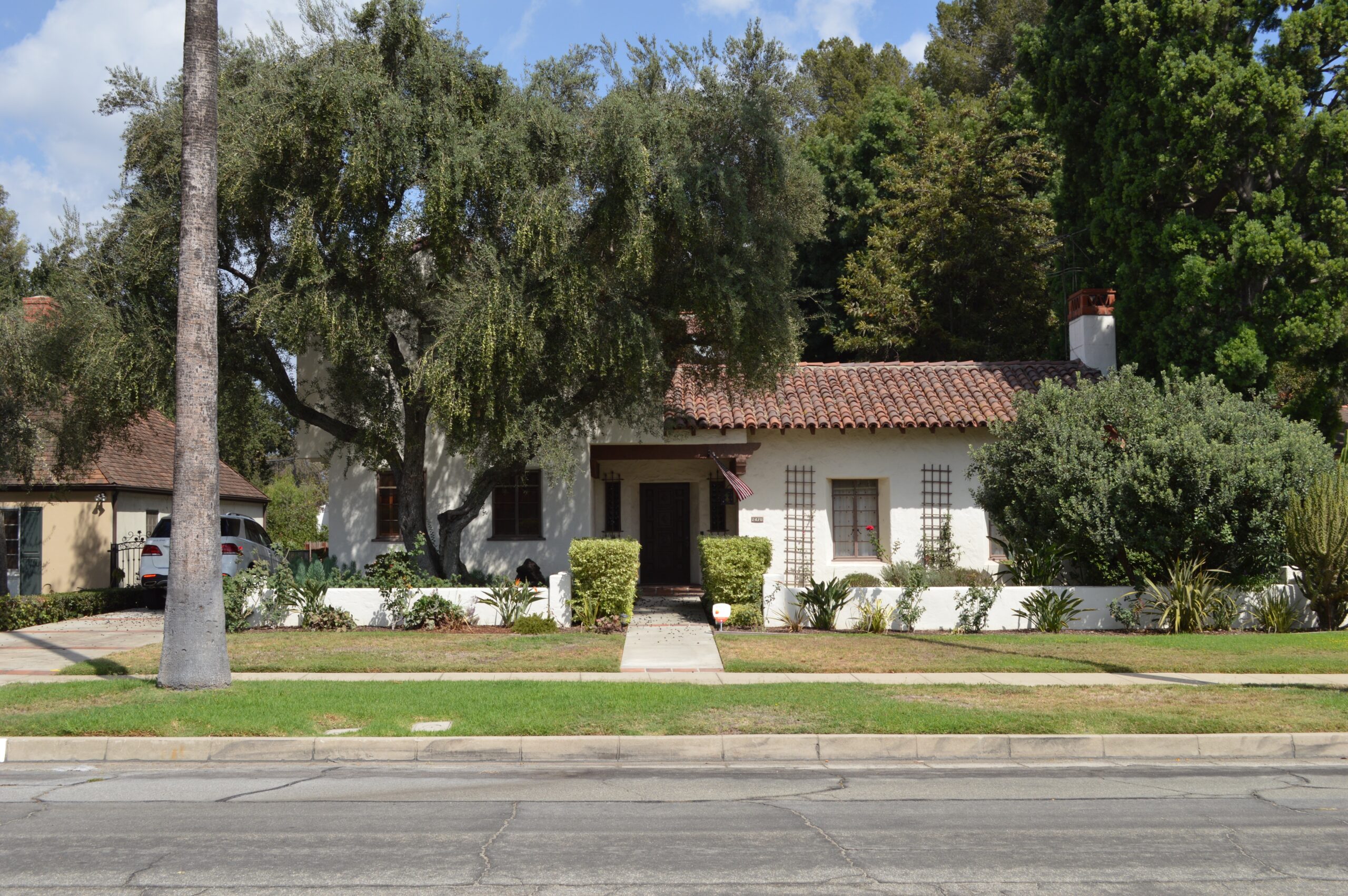 “I really commend the applicant for working with the interesting topography and layout of the property,” said Member Kevin Cheng.

“I always love it when an architect can solve a problem,” said Johnson-Brody, noting that the addition is invisible to the neighborhood from the street. “I very much appreciate the complex design and also the intricacies of trying to marry the prior house to the new house portions.”

Dustin added that the proposed addition would have “an amazingly straightforward roof plan given the complexity of the floor plan underneath it.”

The committee’s praise ended when it came to potential privacy and lighting concerns.

The committee continued the request to allow the architect to address potential privacy issues caused by two proposed balconies included in the addition, which would rest in a valley almost 30-feet below street level.

“Those two balconies on the addition do pose a privacy concern from my perspective from what I saw from the neighboring properties,” said Dustin, with support from members Wong and Cheng.

When it comes to privacy, Johnson-Brody argued that the neighbors know best.

“I don’t hold [privacy] as a concern to myself, if the neighbor doesn’t have a concern,” she said, noting that objections had not been filed by any immediate neighbors.

The committee also requested that the architect address potential lighting issues, which may be caused by a traditionally dark valley with a dense tree canopy.

“Depending on what you’re picking and where you’re putting it and how you’re configuring it, it could be fine or it could be a real nuisance to the neighbors,” Dustin said, noting that the addition would require “a substantial amount of exterior lighting.”

The committee will hold a second hearing for this proposal at its Oct. 19 meeting.

The committee unanimously approved a proposal to change the corner home’s access to its garage from Los Robles Avenue, on the east side of the property, to Monterey Road on the north side.

The approval also included the addition of a 318 square foot storage area to the existing 400 square foot detached garage and a new six-foot tall side yard stucco wall and 4-foot wide gate, which will close off the current Los Robles access.

A row of eight ficus trees will be planted in front of the new wall, which will extend from an existing wall.

“If I were the owner I would probably propose a similar solution,” Chairperson Hsu said.

The choice between the two streets, Vice Chairperson Dietrick noted, puts the owner “between a rock and a hard place.”

The new 10 foot wide concrete driveway will run along the west side of the home to the rear property line, resulting in the loss of an oak tree.

The new layout, explained homeowner Scott Witter, will allow him and his wife to use their driveway without having to back out onto Monterey Road.

The Fourth Was a Banner Day at Many Homes