Memorial Day Is Also A Homecoming 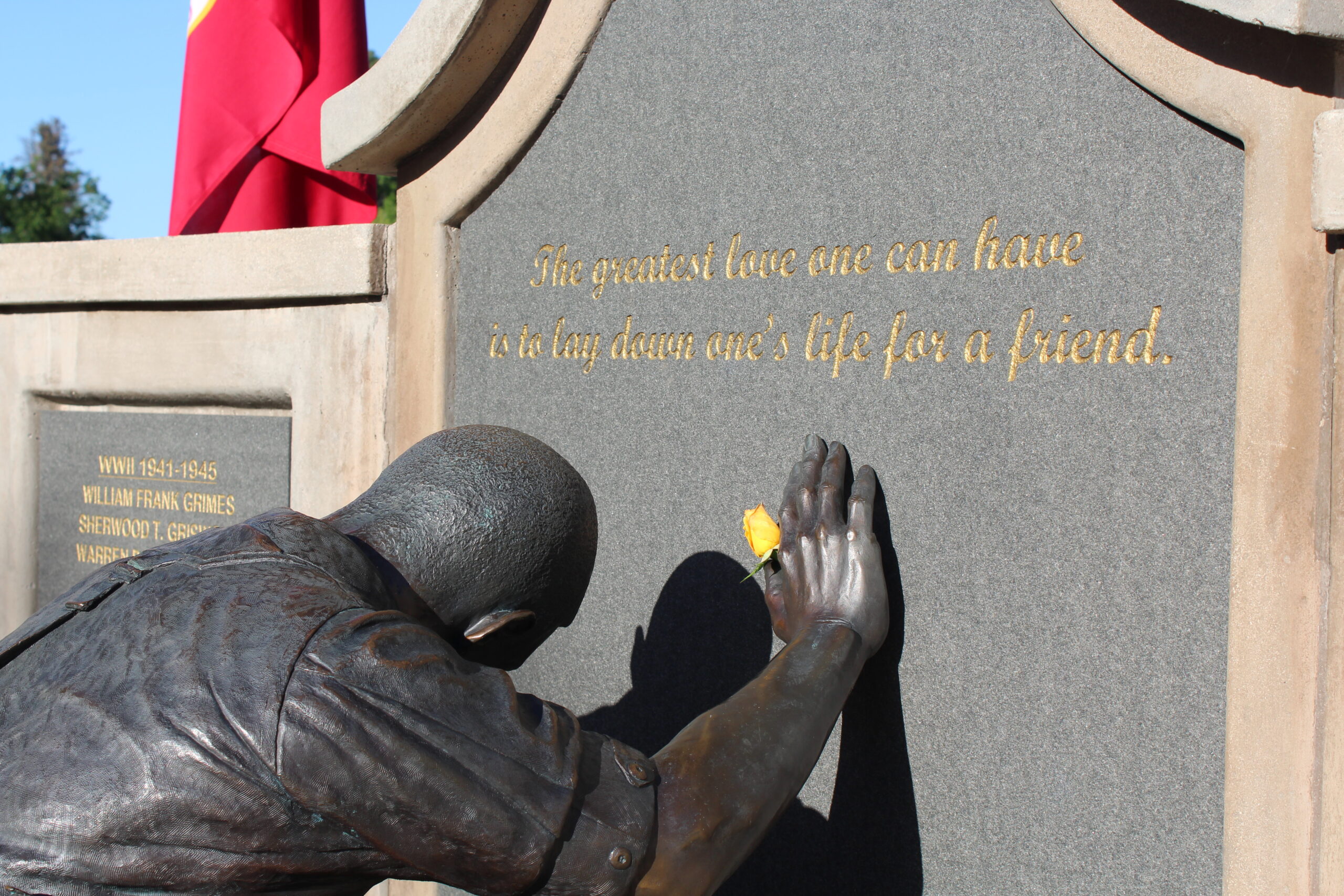 Attendees at San Marino’s annual Memorial Day ceremony are typically concerned by the possibility of experiencing excess heat, but leading up to Monday’s event, frostbite seemed to be a more likely culprit. But by the time Kevin Brown trumpeted the five service academy anthems at 9 a.m. sharp, the environs in Lacy Park were perfect, as Lacy Park can be. More than two hundred community members showed up to honor the 52 San Marino residents who paid the ultimate price, never returning home from the fields of battle while defending America’s freedoms.

Earlier this spring, the remains of San Marino native John Albert Karli, a former United States Navy First Class Seaman, were identified at the National Memorial Cemetery of the Pacific in Hawaii, among the other “unknown” servicemen who lost their lives aboard the USS Oklahoma on December 7, 1941.

In recent years, a United States Department of Defense program seeking to identify all of our nation’s missing soldiers, was able to single out the remains of Mr. Karli, who on May 1 received a full military funeral in Altadena.

In attendance at both the funeral and Monday’s Memorial Day ceremony was Marilyn Long—Karli’s niece—who though she never met her uncle has been involved in the identification process.

The son of immigrants, Karli was born on the grounds of Henry Huntington’s estate, where his father served as a caretaker. Long became justifiably emotional when she recounted her uncle’s love of baseball, how he signed up for the Navy upon turning 18 years of age and how the final letter that was received by his family (Karli was an avid letter-writer, according to Long) was written on a Thanksgiving Day menu from the USS Oklahoma’s mess hall, just 11 days before he lost his life.

Long and her husband, George, brought extensive memorabilia from Karli’s abbreviated life, including a birth certificate declaring that a doctor visited the Huntington estate to deliver patriot.

“Many of you here have served in combat,” said Glazier, whose parents, Wendy and Guy Glazer, have each delivered previous keynote addresses at San Marino’s Memorial Day ceremony. “The horrors of which are etched behind me on this memorial and countless others across the country. But because of your sacrifice, and the ones made by those before you and beside you, you have given the next generation fewer names to add.”

He also mentioned the Corps’ readiness to defend the nation.

“The mentality is not only important, but necessary,” he continued. “We need young men and women to commit themselves wholly to this idea so that no matter what theater we find ourselves in in the coming years, we can rest easy knowing who has the watch.”

He also said that if any Marine was told they would be deployed for combat, “the response would be a unanimous ‘What time are we leaving?’”

“I can’t help but reflect on what in my life compelled me to apply to the Air Force Academy,” Liu said. “From a young age, I was always drawn towards the careers of a police officer, firefighter, soldier, paramedic, public prosecutor, and judge. Over time, that list of careers narrowed itself down to just one—that of a soldier.”

He later admitted he is “both nervous and ecstatic” about the next chapter in his life.

“I’ll be able to live up to the values of a man, as well as the fantasies of a young boy,” he concluded.

Brother Dennis Gibbs of Church of Our Saviour delivered the opening and closing prayers and San Marino Gold Scout Suzy Moffat and Eagle Scout Grant Spitzer also participated in the ceremony. and its freedoms.

San Marino resident and veteran Bob Dini led the audience in the singing of patriotic songs and was referred to by the master of ceremony as “the Dick Clark of San Marino,” given his youthful appearance. Dini served in the United States Army as a Sergeant and as the official vocal soloist for the United States Army Band in Washington during the administrations of Presidents Truman and Eisenhower. Dini entertained the troops, performed concerts throughout the nation’s capitol and appeared on television and Armed Forces Radio, including his own ABC Network Radio show. On Monday, he performed with his typical élan.

The Memorial Day event also included a tribute to all local war veterans, and an acknowledgement of the 52 San Marino residents who gave their lives defending the nation and its freedoms, their names read by San Marino Firefighter Dave Tanneyhill, himself a Navy veteran.

By next year, that number should grow to 53 as the San Marino City Council will consider adding the name of John Albert Karli to the memorial.

San Marino hosts a Memorial Day event each year, starting at 9 a.m. at the War Memorial in Lacy Park.