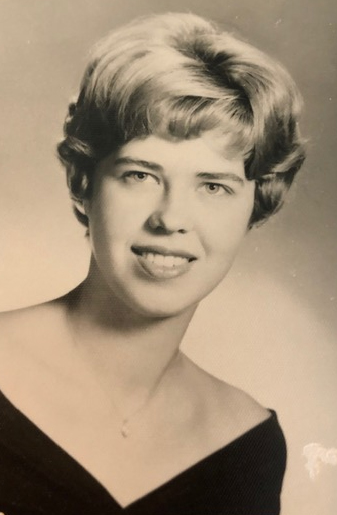 Elizabeth Mary Carroll, age 77, died on March 13. Liz, as she was known to all, was born Oct. 5, 1942, to John and Elizabeth Ragány, in Bridgeport, Connecticut. John and Elizabeth had, separately, emigrated from Hungary, and met in the United States.
Liz always enjoyed travel, both domestic and foreign. After graduating from University of Bridgeport in 1964, Liz came to Los Angeles, where she had visited as a teenager, to earn her master’s degree from Loyola University so she could pursue her passion of teaching. Liz met Bob Carroll, a native of Kenosha, Wisconsin, who himself had come west after obtaining his MBA. The two married in 1966, and Liz started teaching high school students in Whittier. Shortly thereafter, the newlyweds moved to Milwaukee, where Liz taught high school students.
Bob’s job brought them west again, to Fremont, where children Elizabeth and Thomas were born. The young family then moved to Bakersfield, where daughter Barbara was born, and where Liz taught math to middle schoolers. In 1973, the Carroll family relocated to Escondido. The next year, Liz began teaching with the Escondido Union High School District, where she worked for 30 years, earning an Ed.D. along the way. Liz divorced in 1987, moved to Rancho Bernardo in 1998, and retired from teaching in 2004.
Liz continued to enjoy travel and researching family history. After the fall of the Iron Curtain, Liz reached out to both her paternal and maternal relatives in Hungary, and formed close relationships with them. She visited them in Hungary many times, and hosted their visits here.
Liz was buried at Oak Hill Memorial Park in Escondido, the community she served for 30 years. She is survived by three children, Elizabeth Feffer (Justin) of San Marino, Thomas Carroll of San Diego, Barbara Carroll (Stacey Creech) of Cypress; and by four beloved grandchildren, Samuel and David Feffer, and Abby and Andy Creech.
The best way to honor Liz’ memory is to send a handwritten note to someone you love.

‘Little Paul’ to Be Remembered Through Memorial Fund