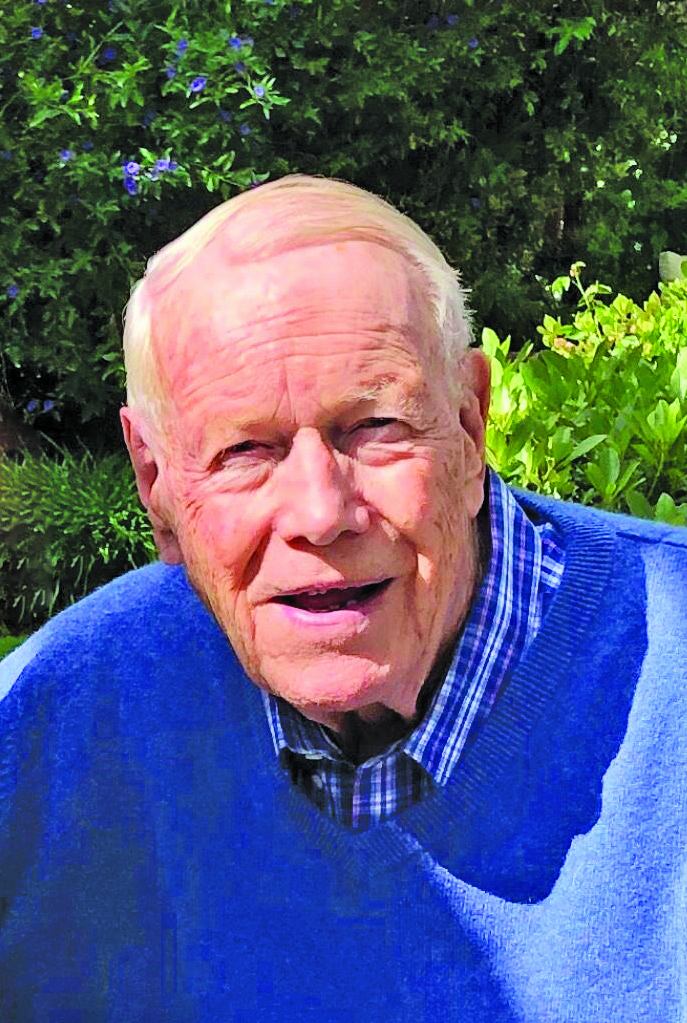 Charles Arthur Schwab, 89, of San Marino, California, passed away peacefully at home surrounded by family on December 2, 2022.
Charles was born on March 8, 1933, in Chicago, Illinois. The Schwab family moved to Pasadena in 1945.
In 1950, Charlie began studying at UCLA. In 1952, he was drafted into the U.S. Army where he served at Fort Ord and prepared for the Korean War. Upon completing his military service, he headed to Michigan State where he graduated with a degree in Hotel Management in 1957.
Watching the Bruins and the Spartans play football was one of his greatest joys.
After graduating, Charlie affiliated with Kaiser Steel where he worked in sales from 1959-1963. In 1964 he began a new career with Micro Ohm Corporation, a global manufacturer and distributor of precision wire wound resistors, where he served as owner and president.
Throughout his career he traveled to China, Japan and Mexico working with factories to import products to distribute in the U.S. He worked with many corporations including Hewlett Packer, NASA, JPL, Lifecycle, Texas Instruments and many others to design and manufacture client specific wire wound and carbon resistors. Charlie eventually sold Micro Ohm Corp in 2019 and retired at the age of 87.
In 1959, Charlie met the love of his life, Judi Berge. They soon started dating and were married in 1961 at St. Therese Catholic Church in Alhambra, California. Charlie and Judi went on to have three daughters, Susan, Sara and Sally. His girls were his whole world.
Charlie’s great passions were his family, his garden and his dogs. On weekends at his home in Indian Wells he was famous for Saturday night BBQs, followed by buttermilk pancakes and omelets on Sunday morning. Charlie was very handy and could fix anything — many of the neighborhood children would bring their broken toys to him and he would figure out a way to fix them.
Charlie and Judi were able to travel the world to destinations in Europe and Asia. They traveled with dear friends and enjoyed many family trips with all the children to Mexico, Colorado, Hawaii, Bass Lake, Mammoth and Indian Wells. Charlie taught all the girls to ski and took each daughter on a father-daughter ski trip to Snowmass during their college spring break.
Charlie is survived by his wife of 61 years, Judi Schwab; three daughters, Susan Sinclair and husband Bruce of Ventura; Sara Smith and husband Jeff of La Cañada Flintridge; and Sally Pastorik and husband Bernie of Altadena; and five grandchildren Annie, Henry, Charlie, Emily and Mary.
The funeral Mass will be held on January 27 at 11 a.m., Holy Family Catholic Church, South Pasadena, California.