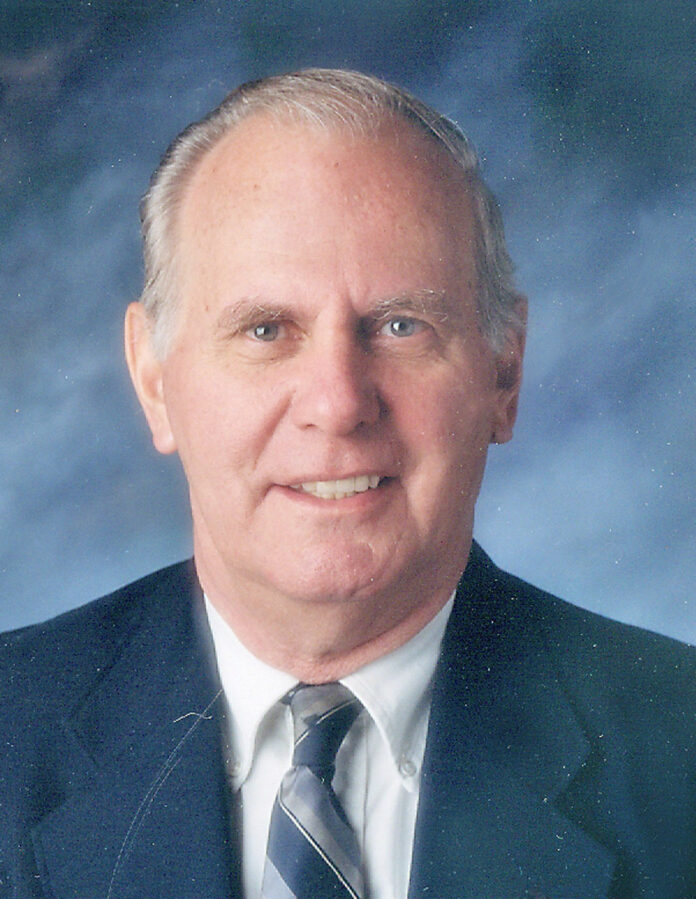 Charles Joseph Hanzel — devoted husband and father, skilled insurance broker and loyal friend — died peacefully at home on Wednesday, May 20, with his wife and son by his side. Chuck was 85.
Born in Pittsburgh in 1934 to Lawrence Wm. and Kathryn D. Hanzel, he graduated from Central Catholic High School and Duquesne University. He served in the Army and began his career in insurance in his father’s agency. Chuck earned a certificate at the Insurance Institute of America and went to work for Great American Insurance Co. Atlantic Mutual was his next employer and he was transferred from New York City to Pittsburgh, then Erie, Seattle and finally to Los Angeles.
After a few years, he left the company side of insurance and became a broker with Clifton and Co., followed by Hayward, Chapman and Kirby, where he was CEO. Chuck became an independent broker and was with United Agencies in Pasadena for more than 25 years.
Chuck enjoyed playing bridge, but his favorite game was poker. When younger, he played golf and skied. He was active in St. Edmund’s Episcopal Church and served on the vestry and Nursery School board and was a lay reader. Chuck also was a volunteer for Petite Bazaar Convenience Store Committee at MonteCedro. He played penny ante poker every Saturday.
Chuck is survived by his wife, Mimi Hanzel; his son Charlie Jr.; daughter Mary Barnes and son-in-law, Christopher Barnes; grandchildren Charlie III, Tyler and Ayssa Hanzel, and Cassidy and Cole Barnes. In lieu of flowers, please donate to Carousel Ranch, 34289 Rocking Horse Road, Santa Clarita, CA 91390.