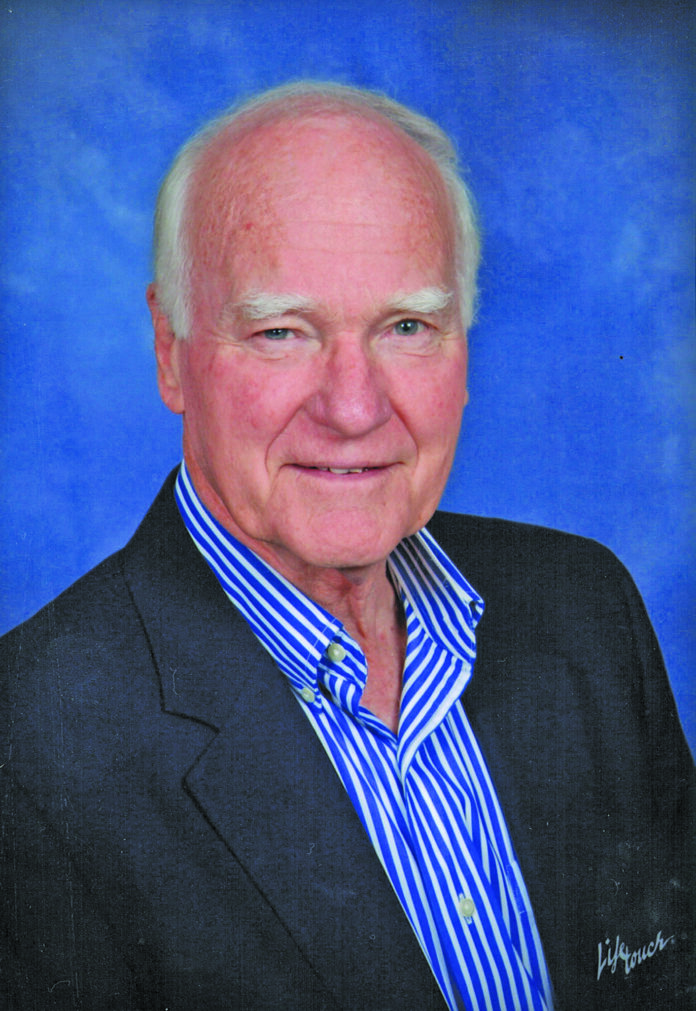 Richard (Rich) Haserot passed away peacefully on November 21, 2022, at the age of 87 after a 6-month battle with lymphoma.
Rich was born to Clarence and Viva Haserot on May 28, 1935, in Los Angeles, the second of four Haserot boys. He grew up in Arcadia where he played tennis, became an Eagle Scout, and graduated from Monrovia-Arcadia-Duarte High School.
In 1953, Rich enrolled at Stanford University, where he pledged the Alpha Sigma Phi fraternity, met his future wife, Ellen, and earned a Bachelor of Science degree in chemical engineering. Rich and Ellen were married on July 18, 1959, at St John’s Lutheran Church in Orange, California.
After completing Naval Officer Candidate School in Newport, Rhode Island, Rich returned to the San Francisco Bay Area to work as a program manager and propulsion specialist on the Polaris missile, the Navy’s first solid-fuel, nuclear-armed, submarine-launched ballistic missile.
A few years later, Rich and Ellen moved back to Southern California to be closer to their families. Rich worked at NASA Jet Propulsion Laboratory, focusing on propulsion and guidance systems. In 1964, Rich and Ellen moved into San Marino, where they raised their three children and became active in the community. Rich completed a Master of Business Administration degree at Pepperdine University and then continued his work in the aerospace and defense industry.
An active volunteer and leader, Rich participated in many community activities. He coached San Marino Little League Baseball, helped lead Boy Scout Troop 358, built facades for San Marino High School Grad Night Committee, and was a trustee of the Old Mill. He was also an active member of the Pasadena Tournament of Roses, both the San Marino Design Review Committee and San Marino Planning Commission, Rotary Club of San Marino, Pasadena Breakfast Forum, Pasadena Wine and Food Society, and San Marino Community Church, where he and Ellen worshipped.
Rich had many interests, but his main passions were sailing, family, travel, and helping in his son’s winery. He was an early owner of a Hobie 16 catamaran and rarely missed an opportunity to get out on the water. Together, he and Ellen sailed to Catalina Island many times, as well as up and down the coast of California, in the Caribbean, and in Chesapeake Bay. In his spare time, Rich also refinished fine furniture.
Rich is survived by his wife of 63 years, Ellen Haserot, his son Craig Haserot and daughter-in-law Ellen of Laguna Niguel, his son Grant Haserot and daughter-in-law Cristina of Scottsdale, Arizona, and his daughter Karen Haserot of New Orleans; his grandchildren Chase, Sofia, Natalie, and Julia; his brother Douglas Haserot; and a large community of friends, many of whom he has known for decades.
A celebration of life service will be held at 1 p.m. on Saturday, February 4, at San Marino Community Church, 1750 Virginia Road, San Marino, California. A reception will follow. Gifts in memory of Rich Haserot may be made to the San Marino Community Church Foundation Music Fund.