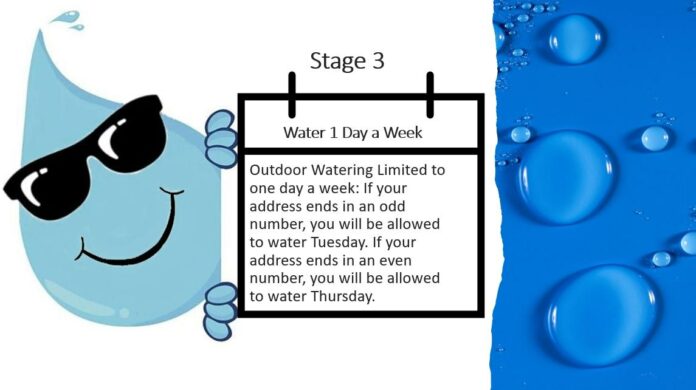 By John Morris Special to the Tribune

Significant outdoor water conservation is needed in San Marino. For some residents, watering has been restricted to as little as a single day per week.
Climate change is challenging every water resource throughout the state and across the American West. We are seeing longer, more frequent periods of drought. Limiting and managing our outdoor water use will be part of our daily lives for some time.
This drought cycle will not be over until it has rained enough to replenish our reserves, and we don’t know when that will happen. What we do know, however, is worrisome. Our groundwater basins are under stress and our backup supplies, imported water from Northern California and the Colorado River, face limitations and tremendous uncertainties.

Water managers only have limited tools to find, stretch and increase supplies in the short term. Lowering demand is the most effective immediate action we can all take. And it is imperative that everyone in San Marino step up to be part of the broader solution.
Groundwater has long been San Marino’s primary baseline supply. The city draws supplies from two different groundwater aquifers — the Raymond and the Main San Gabriel basins. San Marino also benefits from being a founding member of the Metropolitan Water District of Southern California, which brings imported water to our community. Metropolitan was created in 1928 to build the system to import water from the Colorado River to serve a growing Southern California. This network was expanded in the 1970s to import water from Northern California via the State Water Project.
Together, these imported and local water assets have long provided a reliable system for San Marino. But today our water supplies face challenges like never before. In Northern California, the ongoing drought has reduced SWP supplies over the past three years to historically low levels. This has put tremendous strain on the Metropolitan system, particularly for communities in Southern California that are uniquely dependent on this supply.
The Colorado River is also facing alarming drought conditions. The river is under an emergency directive by the federal government to dramatically lower water use. The Bureau of Reclamation, which operates the major dams on the river, has directed Metropolitan and the state’s agricultural agencies that receive water from the Colorado River, together with the Colorado River Basin States, to come up with a plan to significantly reduce use of the river’s water supplies next year. Absent a plan developed by the river’s users, Reclamation vows to take action to decrease the availability of river supplies to the states as early as next month.
This situation is unprecedented in the history of the Colorado River, which serves seven states as well as the Republic of Mexico. Metropolitan is a constructive player in these collaborative efforts, and we will work with our partners on the river to build lasting solutions.

Locally, this century’s weather pattern — either very dry or very wet — has put a strain on our groundwater basins. This has provided less water to naturally recharge the aquifer systems.
Both basins are carefully managed so that yields are sustainable. The Upper San Gabriel Valley Municipal Water District helps recharge the basin with imported supplies. But with replenishment supplies so limited, this tool has real short-term limits.
In San Marino and throughout Southern California, every water manager at the local and regional level is doing the utmost to ensure our communities have the water they need now and into the future, including developing new supplies like recycled water and making critical new investments in storage. But reliability means that supplies and demands must always remain in balance. And right now, to address our immediate challenge, the most important thing we all can do is lower how much water we’re using so that our limited supplies are sufficient.

For California American Water Co. customers, outdoor water use is limited to two days per week — Tuesday and Saturday for residents with odd-numbered addresses, and Thursday and Sunday for residents with even-numbered addresses. Watering is limited to 10 minutes per station and recommended to occur before 9 a.m. or after 8 p.m. to reduce evaporation.
For Sunny Slope Water Co. consumers, outdoor watering is limited to one day per week — Tuesdays for odd-numbered addresses, Thursdays for even-numbered addresses.
The bottom line is that no sprinkler systems should be operating anywhere in San Marino on Mondays, Wednesdays and Fridays.
We are all in this together. There will be consequences that exceed possible fines if we don’t save enough water, including the possibly of a total ban on watering lawns.

John Morris represents the city of San Marino on the board of directors of the Metropolitan Water District of Southern California. He has lived in San Marino for 49 years.